‘A Seismic Shock’: Jittery Companies Pull Back on Ads During Pandemic 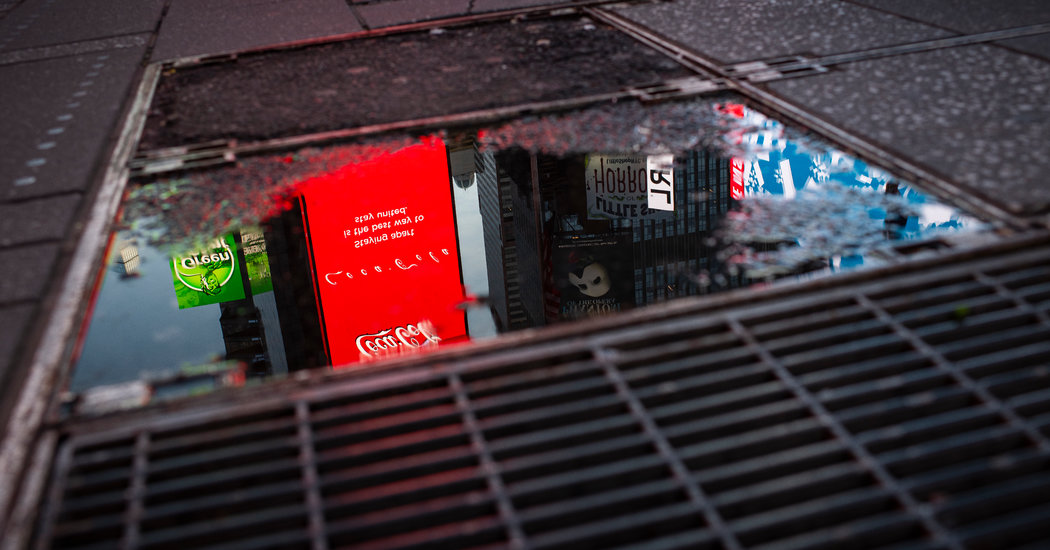 The billboard was blank.

In all the times Takeshi Sato had walked through Shibuya Crossing, Tokyo’s answer to Times Square, he had been more or less surrounded by ads. But on March 23, he noticed something strange looming over the pedestrians: an empty sign.

“I thought, ‘Oh, this is not normal,’ and I remember feeling depressed,” Mr. Sato said. “But it’s understandable that advertisers want to stop running ads on billboards, because fewer people are going out.”

Even in 2011, after a devastating earthquake and tsunami, the billboards in that part of town were full, he said. The blank spot in Shibuya, facing one of the world’s busiest intersections, suggested the far-reaching effects of the coronavirus.

Companies that spent big to get the word out about their products before the pandemic have hit the brakes. Facebook has described its advertising business as “weakening.” Amazon has reduced its Google Shopping ads. Coca-Cola, Kohl’s and Zillow Group have stopped or limited their marketing. Marriott’s advertising, in the words of the company’s chief executive, has “gone dark.”

“A lot of advertisers are just pulling back — the tide’s going out,” said Garrett Johnson, an assistant marketing professor at Boston University’s Questrom School of Business. “If the economy is not doing well, if firms are bleeding cash as a result of Covid, we’re not going to be seeing too much advertising.”

Ads became an unavoidable part of modern life for a simple reason: They work. Each dollar that companies spent on advertising in the United States last year led to $9 in sales, the research firm IHS Markit estimated. And while the barrage of marketing messages can seem like background noise, their absence would be conspicuous.

The ad industry employs about 500,000 people in the United States. Their work blankets movie screens, smartphones, buildings, stadiums and inbox-clogging promotional emails. Companies that regularly buy ads are the lifeblood of TV networks, podcast companies, news outlets, lifestyle publications and pretty much all of the internet — and when they spend less on marketing, there is a ripple effect.

During the Great Recession, more than $60.5 billion in global ad spending evaporated, according to the WARC research group. It took eight years for the industry to fully recover.

Close observers of how the advertising business has fared in recent weeks say the new crisis may be worse.

“It was a seismic shock, possibly the biggest we have faced, ever,” said Harris Diamond, the chief executive of the advertising company McCann Worldgroup. “It all took place in a very short period of time, and is having an impact everywhere we communicate.”

Overall spending on digital ads for March and April is down 38 percent from what companies had expected to lay out, and ad spending has fallen 41 percent on TV, 45 percent on radio, 43 percent in print publications, and 51 percent on billboards and other outdoor platforms, according to the trade group IAB.

Advertising giants like Interpublic Group and Publicis have suspended their financial forecasts, saying they were uncertain about the future. The Cannes Lions conference, one of the biggest events on the ad-industry calendar, was postponed last month, then canceled early on Friday.

The major TV networks will not be hosting their annual New York gathering, known as the upfronts, to hype their fall shows before an audience of corporate sponsors and ad executives. Similar events for digital platforms like YouTube and Hulu were also postponed.

“We’re working through this as it’s unfolding, just like everyone else,” said Patty Morris, an assistant vice president of marketing for the insurance company State Farm. “There are things happening that we’ve never seen before.”

State Farm had planned to advertise during National Basketball Association games and the N.C.A.A.’s annual men’s basketball tournament. It had also expected to run ads during coverage of the Summer Olympics on Peacock, the streaming service that NBCUniversal is scheduled to start nationwide on July 15. And now?

“We’re trying to deal with all of the cancellations, trying to understand what’s happening here,” Ms. Morris said.

With production studios shut down, and filming of commercials at a standstill, a bare-bones style of advertising has emerged. On a recent night, the NBC late-night host Jimmy Fallon read out a State Farm ad in the manner of a podcaster at the start of his shot-from-home episode of “The Tonight Show.” After plugging the insurance giant, Mr. Fallon held up a scrap of paper on which one of his daughters had scrawled the company’s website address.

On YouTube, the “Tonight Show” episode was preceded in some cases by a State Farm commercial called “New Normal,” a mash-up of old footage and videos made by nonprofessionals.

Many companies are trying to protect their brand names by keeping their ads away from media reports about overrun hospitals, joblessness and death.

As news organizations ramp up their coronavirus coverage, they are losing out on the revenue that would have come their way in more pleasant times, because many companies have stipulated that their ads must not appear near articles that include outbreak-related keywords.

British news organizations, including The Guardian and Daily Mail, wrote in an open letter this week that so-called blacklisting will cost news outlets more than $60 million if the pandemic lasts another three months. “Readers are relying on us right now, and we are relying on advertising,” the publishers noted.

The companies that have continued to advertise are treading lightly as they try to find a way to keep customers aware of their products while acknowledging the pandemic. Kentucky Fried Chicken reacted to the changed atmosphere last month by canceling a British commercial, set to a Chopin nocturne, that showed dozens of people eating chicken and licking their fingers.

In online ads, Audi and Volkswagen have spread out the letters and symbols in their logos to encourage social distancing. A Times Square billboard made for Coca-Cola by a McCann agency also presented the company logo with the letters spaced apart.

A recent commercial from Lincoln, part of Ford Motor, underscored the theme of isolation. Created by the Hudson Rouge agency, the ad repurposed footage of a woman and a child in a sparsely decorated house in the middle of nowhere. A voice-over seems to address life during quarantine: “More than ever, your home is your sanctuary.” The commercial then shows Lincoln picking up a car that needs servicing and leaving a loaner vehicle in its place.

“A lot of clients are shifting their messaging to what they think is going to be most useful to customers, to how they can help,” said Michael Epstein, a media-planning executive at the marketing company Dentsu Aegis Network.

“Today, if you get the tone wrong, it’s an unforgivable sin,” said Mr. Diamond of McCann. “The ability to reach audiences is unparalleled right now, but their willingness to accept marketing messages is limited to the right messages.”