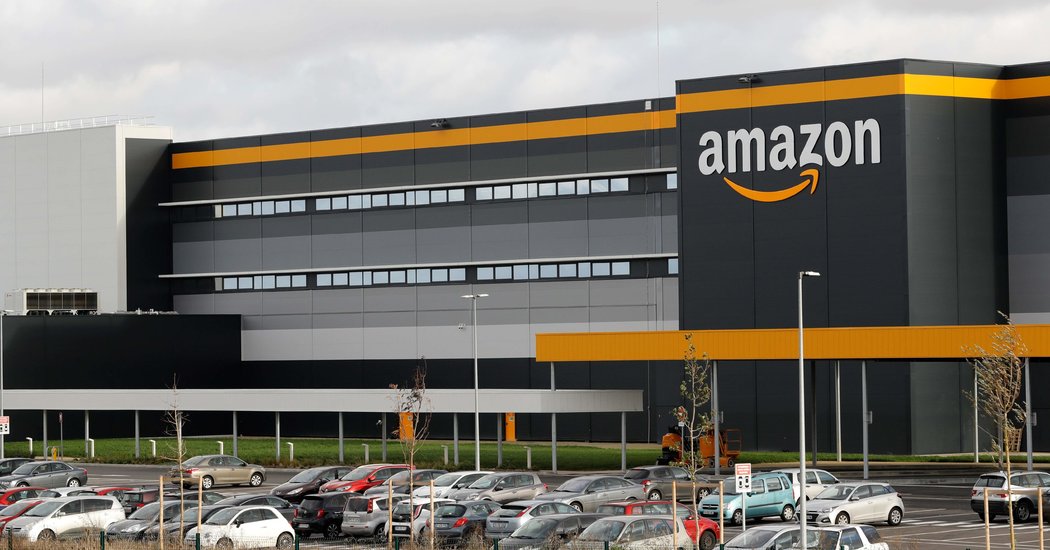 LONDON — European Union officials are preparing to bring antitrust charges against Amazon for abusing its dominance in internet commerce to box out smaller rivals, according to people with knowledge of the case.

Nearly two years in the making, the case is one of the most aggressive attempts by a government to crimp the power of the e-commerce giant, which has largely sidestepped regulation throughout its 26-year history.

The European Union regulators, who already have a reputation as the world’s most aggressive watchdogs of the technology industry, have determined that Amazon is stifling competition by unfairly using data collected from third-party merchants to boost its own product offerings, said the people, who spoke on the condition of anonymity because the deliberations were private.

The case against Amazon is part of a broader attempt in the United States and Europe to probe the business practices of the world’s largest technology companies, as authorities on both sides of the Atlantic see what they believe is a worrying concentration of power in the digital economy.

William Kovacic, a law professor at George Washington University, said the tech industry was facing a “striking critical mass” of attention from governments around the world, including Australia, Brazil and India. He said that regulators in Brussels and Washington may deploy so-called interim measures against the companies, a rarely used tool that could force Amazon and other large tech platforms to halt certain practices while a case is litigated.

“This is a groundswell,” Mr. Kovacic said.

An announcement by European regulators about Amazon could come this summer, although the timing is still in flux, one of the people said. The Wall Street Journal first reported the expected charges.

The European Commission’s antitrust office, which started investigating Amazon in 2018, is planning to release what is known as a statement of objections against the company outlining its conclusions about how it has violated antitrust laws. It is just one step in what could be a yearslong process before final decisions are made about whether to impose a fine or other penalties on the company. A settlement could also be reached.

Amazon declined to comment, as did the European Commission.

The case stems from Amazon’s treatment of third-party merchants who rely on its website to reach customers. Investigators have focused on Amazon’s dual role as both the owner of its online store and a seller of goods that compete with other sellers, creating a conflict of interest.

Authorities in Europe have concluded that Amazon abuses its position to give its own products preferential treatment. European officials have spent the past year interviewing merchants and others who depend on Amazon to better understand how it collects data to use to its advantage, including agreements that require them to share certain data with Amazon as a condition of selling goods on the platform.

Many merchants have complained that if they have a product that is selling well on Amazon, the company will then introduce its own product at a lower price, or give it more prominent placement on the website.

Bill Baer, the former head of antitrust enforcement in the U.S. Justice Department, said a challenge for regulators will be proving harm to consumers and rivals.

“It is not their success that justifies government intervention,” said Mr. Baer, now a visiting fellow at the Brookings Institution. “It is when that success is used in a way that unfairly limits competition.”

This month, Ms. Vestager signaled more action against American tech giants, including giving her office added antitrust powers to address structural competition problems within an industry rather than just individual cases against a single company.

The European Commission, the executive body for the European Union, is also debating a new digital services law that would include new regulations for large tech platforms like Amazon, Facebook and Apple that play a “gatekeeper role.” Other proposals under consideration include allowing regulators to step in even before a large tech platform has established dominance in a new market.

It is not the first time the European Commission has targeted Amazon. In 2017, officials ordered Luxembourg to recover roughly 250 million euros from Amazon in unpaid taxes. That same year, the company settled an antitrust case concerning its contracts with book publishers for e-books.

But otherwise, Amazon, whose chief executive, Jeff Bezos, is the world’s wealthiest person, has largely avoided tough regulation from authorities in the United States and elsewhere. This is despite criticism that it has crushed traditional industries like book selling and treated workers in its warehouses poorly.

Yet as Amazon’s dominance has grown, and as it has become a gatekeeper for thousands of merchants selling goods online, critics have warned that it is abusing its power and that regulators must act before it is too late.

In Washington, Amazon is being investigated by the Federal Trade Commission as part of broader inquiries by the agency and Justice Department into the tech sector. A case against Google could be brought as early as this summer, people familiar with the matter have said.

Amazon and other tech companies are also the subject of a congressional inquiry into their market power. So far, Amazon has resisted lawmakers’ attempts to bring Mr. Bezos to Capitol Hill to testify publicly.

While European authorities have acted the most aggressively against the tech giants, many have questioned whether their approach is working. In three separate cases in recent years, the European Commission fined Google a total of 8.24 billion euros, the equivalent of about $9.3 billion today. But critics argue that did little to dislodge the internet giant’s dominant market position.

“The challenge is: Are you going to do something that makes a difference and that genuinely alters behavior?” said Mr. Kovacic of George Washington.