China Is Dismantling the Empire of a Vanished Tycoon 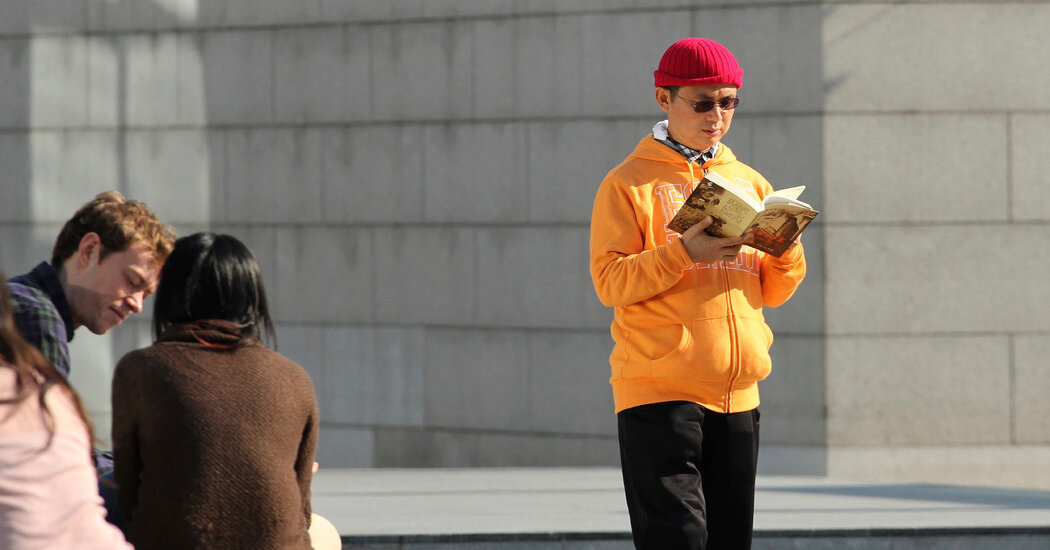 HONG KONG — Xiao Jianhua was once a trusted financier to China’s ruling elite who came to represent an era of unbridled capitalism.

But three years ago, he was snatched from a Hong Kong luxury hotel and disappeared into Chinese custody. Now, the empire he built is being dismantled by the authorities in Beijing, as China sends a strong message that its era of debt-fueled excess is over.

On Friday, two regulators announced coordinated moves to seize companies worth hundreds of billions of dollars tied to Tomorrow Group, the umbrella company that Mr. Xiao controlled for more than two decades.

In staging the takeovers, China’s top leadership is bringing to heel a key figure from a time of freewheeling finance in which wealthy executives used their political connections to build huge companies that scooped up trophy assets at home and abroad. But the move also risks a public showdown with a tycoon who knows about the secret wealth of people in China’s ruling class.

In many ways, the fate of Mr. Xiao and his empire was sealed in the early hours of Jan. 27, 2017, when he was whisked out of the Four Seasons Hotel in Hong Kong in a wheelchair by a dozen men and taken into police custody in mainland China.

Since then, there has been no official word about his whereabouts, though people familiar with the situation said that he was under house arrest. On Saturday, Tomorrow Group confirmed for the first time that Mr. Xiao was on the mainland, saying that he was cooperating with the government as it restructured the conglomerate.

Long before China tightened its grip on Hong Kong with the security law it imposed last month, Mr. Xiao’s disappearance shattered the illusion that the semiautonomous territory’s business community was beyond the reach of the Chinese authorities. It also sent a chill through China’s political class, already set on edge by the tough anticorruption campaign waged by Xi Jinping, the country’s leader.

For years, Mr. Xiao’s Tomorrow Group and its constellation of companies have been a source of speculation and mystery, because the ultimate ownership was hidden behind layers of shell companies.

But in a sharply worded statement posted on Saturday on social media, Tomorrow Group confirmed that it was the owner of all nine companies and pushed back against what it called “malicious slanders.”

In a sign that Mr. Xiao could still put up a fight, Tomorrow Group also accused the government of setting up obstacles to its operations and exaggerating the risk that the nine companies posed. The authorities “spared no effort to push for the takeover,” the company said.

Chinese censors moved quickly to take down the statement, which was first reported by The Wire.

China is trying to identify fault lines in a weak economy that survived for decades on a borrowing binge. In recent weeks, the banking regulator has purged tycoons and other shareholders whom it accused of using banks and insurance companies as personal A.T.M.s.

Along with Mr. Xiao, Beijing has also targeted Wu Xiaohui, who married a granddaughter of the former Chinese leader Deng Xiaoping, rose to prominence and bought the Waldorf Astoria Hotel. Mr. Wu found himself in the government’s cross hairs in 2018, when his insurance firm Anbang Group was seized. He later pleaded guilty to defrauding investors and was sentenced to 18 years in prison.

Mr. Xiao and the business dealings he undertook — most of them hidden within the Russian-doll-like layers of Tomorrow Group — illustrated the cozy ties between China’s business world and its political elite.

From humble beginnings, Mr. Xiao made his way to the prestigious Peking University, an institution that would prove critical to his entry into the world of finance. There, he headed the official student union at a time of political upheaval, as fellow classmates crowded Tiananmen Square in Beijing to demand democracy in 1989.

Mr. Xiao was said to have kept his head down then, at one point even working with the university to try to de-escalate tensions with the students, before the army crushed the movement by killing hundreds of people or more.

After Mr. Xiao graduated and entered the realm of finance, he received an investment from his state-backed alma mater for an early business venture. Around the same time, he set up Tomorrow Group.

He used the conglomerate to help finance transactions for the political elite and wealthy Chinese who preferred to stay in the shadows. He helped to facilitate partnerships with Mr. Xi’s older sister as well as with the son-in-law of Jia Qinglin, who was then a member of the party’s highest decision-making body.

As Mr. Xiao built up his firm, China embarked on its greatest period of economic expansion and privatization in the 1990s and 2000s.

Under the umbrella of Tomorrow Group, Mr. Xiao amassed stakes in companies that reached all corners of China’s economy, from tightly controlled industries like banking and insurance to rare metals, coal and property. The conglomerate had money in some of China’s biggest firms, including the insurance giant Ping An, and banks like Harbin Bank, Industrial Bank and Huaxia Bank.

Huaxia Life, the insurance arm of Huaxia Bank, was among the companies seized on Friday.

Along the way, Mr. Xiao became rich — with a fortune estimated to be worth as much as $5.8 billion.

After Mr. Xi became China’s top leader in 2012, he promised to wage an anticorruption war against both “tigers and flies.” Mr. Xiao was marked as a tiger.

But the two men had a connection that was awkward, given Mr. Xi’s zeal for tackling graft.

Mr. Xiao acted as a buyer of shares in an investment firm owned by Mr. Xi’s sister and her husband, according to a New York Times investigation. A spokeswoman for Mr. Xiao told The Times in 2014 that the couple “did it for the family.”

Eventually, Tomorrow Group became so big that it threatened the stability of China’s financial system. The most prominent example was its shareholding in Baoshang Bank, which it used to help fund dozens of companies.

The loans that Baoshang extended to Tomorrow Group companies were kept off its books until recently. Last year, it emerged that the bank was on the brink of bankruptcy. The authorities stepped in, marking the first time in two decades that the government had taken over a bank.

Trillions of dollars of debt lie just beneath the surface of China’s financial system, much of it off the books in transactions undertaken by the largest shareholders of banks like Baoshang. Two other big banks failed last year and had to be bailed out. Many experts fear that more than a few other banks are ticking time bombs.

In its statement on Saturday, Tomorrow Group expressed confidence about its future, despite the takeovers.

“After three years of bumpy roads, the faith is still there,” it said. “We also believe that all efforts will be rewarded, and Tomorrow Group will get a fair, just and promised outcome.”