Coronavirus relief bill: What it means for business 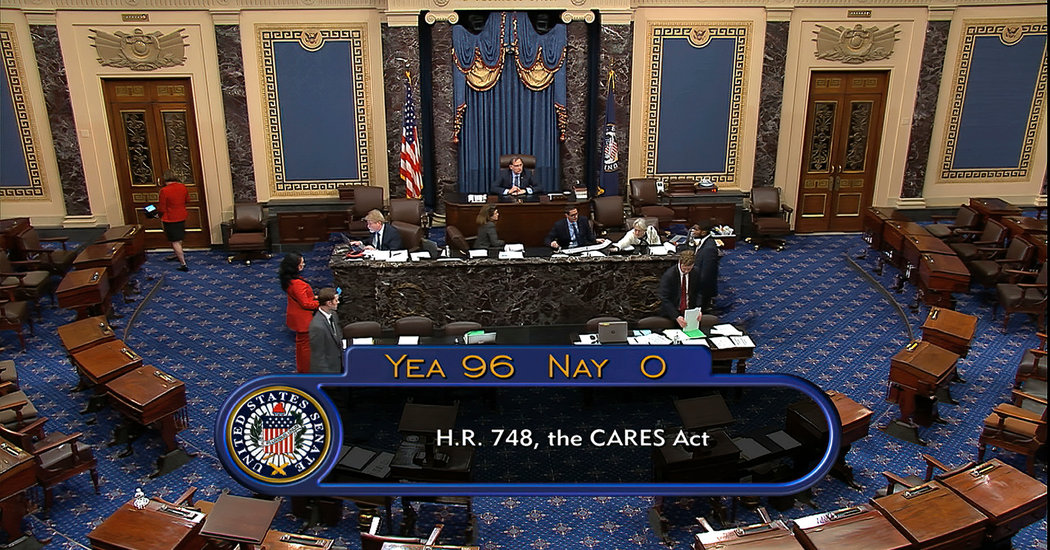 Businesses will also have to cede some control to the federal government in exchange for lifelines. Companies that borrow money are forbidden to repurchase their stock or pay dividends during the loan and for a year after it is repaid. They must not cut staffing by more than 10 percent through the end of September.

Loans to small businesses, with 500 employees or fewer, are limited to $10 million. Loans to cover salaries of over $100,000 wouldn’t qualify for forgiveness, and businesses must demonstrate that they had not recently laid off employees, or a smaller amount of the loan would be subject to forgiveness.

Businesses would not have to repay loans covering up to eight weeks’ worth of payroll expenses. That means that once businesses receive their loans, a new clock will begin to tick: They’ll have to use the money within two months to avoid repaying it; they also can’t pay any employee more than $10,000 in those two months if they want that amount to be forgiven.

Lawmakers also placed restrictions on compensation and pay increases for executives, moves intended to address one of the criticisms about bailouts during the 2008 crisis. But pay limits will not necessarily do away with multimillion-dollar paydays for corporate bosses.

Executives who made more than $3 million in 2019 could be awarded $3 million, plus half of any sum in excess of $3 million. As a result, a chief executive who earned $20 million in 2019 would be allowed compensation of $11.5 million. The restrictions would apply from the time the federal support began to one year after it ended.

Even as the government takes on an outsize role in overseeing companies, Mr. Mnuchin maintained that it should not be in the business of dictating what private companies did.

“We don’t believe in mandating and regulating certain big businesses,” he said.

And big business, despite its need for help, has seemed unwilling to cede too much control to the government. On Tuesday, Boeing’s chief executive, David Calhoun, suggested that he wasn’t interested in the government’s taking an equity stake in the company, despite the beleaguered state of the aerospace giant.