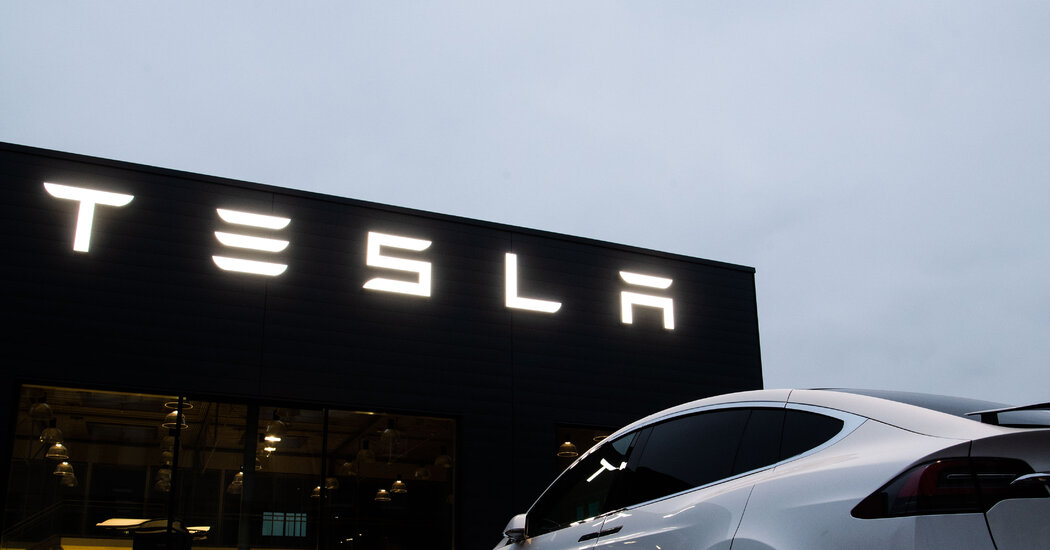 Tesla is working on cheaper, more powerful batteries for its electric cars, but many of the required innovations are still works in progress, its chief executive, Elon Musk, said Tuesday at a much anticipated presentation at the company’s California factory.

The advances could ultimately cut battery costs more than 50 percent and increase the distance Tesla’s vehicles can travel by nearly as much. That would set the stage for the company to make a “compelling” $25,000 electric vehicle three years from now, Mr. Musk said, speaking to a parking lot full of Tesla owners in their vehicles, honking in approval.

But Mr. Musk, who has a reputation for promising game-changing innovations that often take far longer than expected or never arrive, said the company had not yet made the advances needed to get to that point.

Investors were hoping that Mr. Musk would announce a major technical breakthrough, in part because of the way Tesla had pitched the Tuesday event, which it called “Battery Day.” Tesla’s stock was down about 7 percent in extended trading Tuesday afternoon after falling more than 5 percent in regular trading.

As anticipation for the presentation built in recent days, Mr. Musk sought to temper expectations, writing on Twitter on Monday that the battery announcement would affect long-term production of Tesla’s vehicles, including several that have yet to be introduced, but would not have an immediate effect on its business.

He also said that despite pushing the battery cell suppliers Panasonic, LG and CATL to move “at maximum speed,” Tesla expected battery shortages starting in 2022.

The company is piloting production of batteries at its car factory in Fremont, Calif., and plans to build a cathode production plant somewhere in North America, Mr. Musk and Drew Baglino, senior vice president of powertrain and energy engineering, said at the event.

“It just really bodes well for the future, and it means that the long-term scaling of Tesla and the sustainable energy products we make will be massively increased,” Mr. Musk said.

Battery efficiency is central to success in the electric car market. The cost of batteries typically is the single biggest expense in producing such cars. And a vehicle’s range — the distance it can travel on a single charge — is critically important. A longer range means less worry about hunting for a charging station.

Tesla has an edge, for now. The company’s Model S Long Range Plus can complete a 400-mile journey without needing to be recharged, which is much farther than electric cars made by traditional automakers like Audi, General Motors and Jaguar. But an upstart rival, Lucid Air, which is run by a former Tesla engineer, says it has developed a car that can go more than 500 miles on a single charge.

Mr. Musk said Tuesday that customers could order a new version of Tesla’s flagship sedan, the Model S Plaid, for delivery as soon as the end of next year. The vehicle has a starting price of nearly $140,000 and claims to be able to travel 520 miles on a single charge.

Mr. Musk and Mr. Baglino framed the race to build a cheaper, more energy-dense battery as more than a corporate goal. They said it would be an important tool in the fight against climate change.

With battery prices dropping, the market for electric cars is growing faster than expected, and other companies are working hard to catch up to and beat Tesla.

Lucid claims that its Air sedan can travel farther on a charge because of advances the company has made in shrinking critical parts like motors, and making other improvements, including in how it cools critical components. G.M. has developed modular battery packs and improved battery chemistry that it believes will drive down the cost and increase the range of its electric cars over the next several years.

Despite those competitive threats, Tesla has enjoyed a remarkable year. Its stock price has increased more than eightfold since it reported a quarterly profit last October. And the company has maintained profitability ever since, even as the pandemic hammered the auto industry from April through June.

The company has easily dominated the business of selling electric vehicles. Mr. Musk said on Tuesday that Tesla would increase car deliveries 30 to 40 percent this year, despite its being the “most difficult year of Tesla’s existence.”

At Tesla’s annual shareholder meeting immediately before the battery presentation, Mr. Musk said Tesla expected to release “in a month of so” a private, beta version of its full self-driving feature.

Mr. Musk had earlier predicted that Tesla would have a fleet of driverless taxis on the road this year, a goal it has not yet achieved.