Investors Cozy Up to Danish Stocks 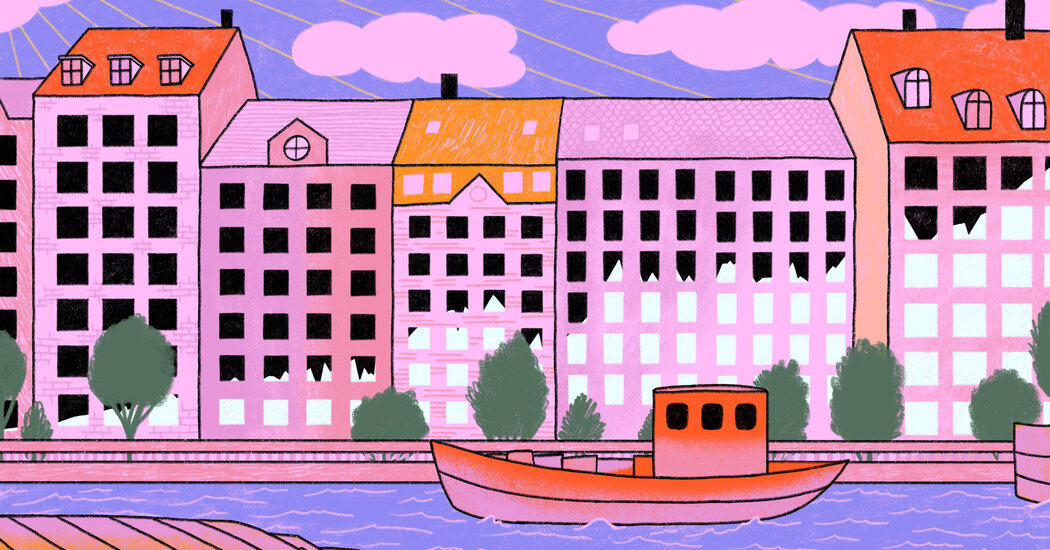 Denmark is a place of hygge, happiness and — in the face of a global downturn — a high-performing stock market.

The tiny and trade-dependent northern European nation’s stock indexes are easily beating out the S&P 500, which is up slightly for the year, and Japan’s Nikkei 225 and the Stoxx Europe 600 index, which are both in negative territory.

The Danish indexes, such as the OMX Copenhagen 25, are up more than 14 percent in 2020, or more than 20 percent if you calculate its return in dollar terms. That’s within spitting distance of other market bright spots, like the tech-heavy Nasdaq Composite, which has climbed more than 23 percent on the strength of lockdown-friendly companies like Amazon and Apple.

What accounts for such a stellar performance? Experts say it’s a combination of several factors: an effective response to the coronavirus crisis (assisted by the country’s robust social safety net), a collection of companies well positioned to weather the crisis and a knack for well-balanced management.

The main contributor to the Danish stocks’ performance is a matter of what the companies do rather than where they do it: Roughly 50 percent of the market capitalization of Danish stocks is in almost recession-proof health care and pharmaceutical companies — a solid portfolio in the midst of a global pandemic.

“The mix of the Danish market is completely different than you see in the global market, and there you have, sort of, the explanation for why has the Danish market performed so much better,” said Carsten Jantzen Leth, head of Danish Equities at Nordea Asset Management.

Share prices have soared for large Danish health companies such as Coloplast — a major player in the market for colostomy pouches, continence, and skin and wound care treatments — and Genmab, a biotech company specializing in cancer treatments. Investors looking for safety have helped drive Coloplast up more than 25 percent and Genmab more than 50 percent for the year.

But towering above them all is Novo Nordisk.

Worth roughly $150 billion, the Bagsvaerd-based company by itself accounts for roughly 15 percent of the market capitalization of the OMX Copenhagen 25 index, which is owned by Nasdaq Global Indexes. It’s one of the dominant suppliers in the world market for insulin and diabetes treatments, a business that is well insulated from the ups and downs of the global economy.

“If people need insulin, they need it whether there’s a recession or not,” said Henrik Drusebjerg, global chief strategist at Danske Bank, the largest Danish bank.

While profit expectations for the wider Stoxx Europe 600 index have collapsed by more than 35 percent, analysts covering Novo Nordisk expect profits to be up more than 7 percent in 2020, even during the worst global downturn since the Great Depression. Its shares are up about 3.5 percent this year.

Much of Danish companies’ business — about 20 percent — comes from the pandemic-plagued United States, but a significant portion also comes from within the country’s borders. And the country’s efforts to flatten the curve and resume economic activity have also helped stock prices.

“It was evidently clear that Denmark had got on top of the virus quickly,” said David Oxley, an economist focusing on Nordic economies at Capital Economics, a research consultancy in London. “They were one of the first to shut down and one of the first to reopen.”

Denmark has a generous unemployment system in normal times but took additional measures in response to the pandemic. Under a short-term relief program, the government picked up the tab if an employer cut a worker’s hours. Only at the end of June did the government start the clock on its normal unemployment benefits, which pay about 90 percent of a worker’s salary for up to a year — meaning jobless workers can count on significant support through the middle of 2021, Mr. Oxley said.

The pandemic did have an effect, of course. Unemployment spiked to 5.6 percent in May after hovering at 3.7 percent in February, and gross domestic product fell 2 percent in the first quarter, the worst decline in more than a decade. But in both metrics, the changes were mere blips compared with other developed nations.

And then there is something harder to quantify — the ability of Danish management teams to find a middle path through challenging times.

Ivy International Core Equity Fund, seeing the structural advantages of Novo Nordisk, established a more than $30 million position in the stock in June, when it bought over 500,000 shares. And it held on to shares it owned of A.P. Moller Maersk, the Danish shipping giant hit hard by the sharp downturn in global trade.

“It’s rare for us to have two names there,” in Denmark, said John C. Maxwell, a portfolio manager on the fund. “It’s a heavy weight for us relative to normal.”

Mr. Maxwell and his co-managers believe both companies are solid long-term bets — even if Maersk is off roughly 10 percent this year. (It was down more than 47 percent in late March.)

That’s partly because Maersk, like Novo Nordisk, holds a commanding position in its core market. Even though freight volumes are expected to fall as much as 18 percent in the second quarter, Maersk’s profits are expected to be up nearly 20 percent from last year, when the tariff war between China and the United States weighed heavily on results, according to analysts.

That is a credit to the talent of Nordic executive teams to operate cyclical businesses at a steady, profitable pace, said Mr. Maxwell, who has managed the international stock fund for 14 years.

In his experience, he said, different countries can have different approaches to management. German executives can be a bit too slow to produce results, while American and British firms can be a bit too focused on short-term gains at the expense of long-term strategy.

But Danish and other Nordic companies seem to have figured out a way to blend the two approaches.

“They just generally have a nice tempo about how they run the business,” he said, “trying to hit the quarters, but not sacrificing the long term to do so.”