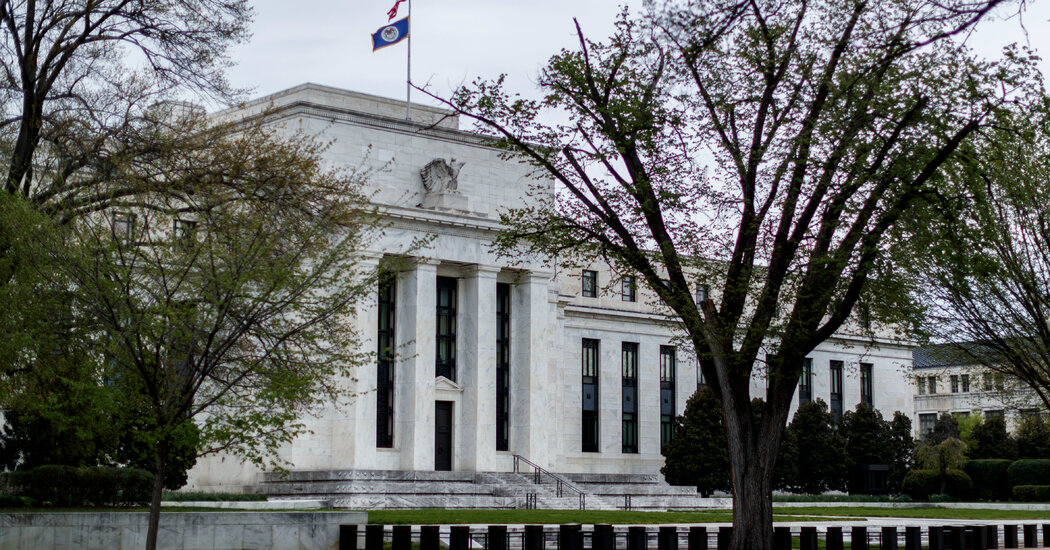 WASHINGTON — The Federal Reserve’s first-ever attempt to lend money to midsize businesses was destined to be a challenge. The push has proved to be an outright flop, according to a member of the oversight commission charged with monitoring it.

“By any measure, the Main Street program has been a failure,” Bharat Ramamurti, a member of the Congressional oversight commission, said in remarks prepared for a hearing on Friday. Mr. Ramamurti and his colleagues, who oversee the taxpayer-backed pandemic emergency lending efforts run by the Fed and Treasury Department, are using the hearing to vet the so-called Main Street program.

Main Street is supposed to funnel loans to businesses that are too small to raise money by issuing bonds and stocks, but that are too big to benefit from the government’s small business loans. The Fed announced the initiative on March 23, but it took months to get it started.

Since it came fully online about a month ago, the program has hardly been used, supporting only about $100 million in loans. While more loans are in the pipeline, the program’s lending remains a tiny fraction of its $600 billion capacity.

The failure of Main Street to gain traction is a prime example of the challenges the Fed faces in the rescue efforts it has set up during the economic crisis caused by the pandemic. The central bank is well-suited to support banks and big companies in times of trouble. But this year it has ventured into markets that its powers, conservative instincts and legal limitations sometimes make it ill-equipped to help.

The program ran into problems from the start. Both Republican and Democrat lawmakers have raised concerns about how Main Street has been designed, saying it was too cautious and would not get money into the hands of companies that need it.

Loans must be for at least $250,000, come with strings attached, and cannot go to highly-indebted companies. The Fed doesn’t actually make the loans itself — banks do. The problem is banks have been reluctant to participate.

The way Main Street works, the Fed agrees to buy 95 percent of any loan that banks originate through the program. That means the banks keep some exposure to loans that might go bad, yet get only a small piece of loans that might prove more profitable, plus fees.

“Many banks seem disinterested in the program because they either wish to retain more than five percent of a profitable loan or they have no interest in retaining any stake at all in an unprofitable loan,” a group of four Republican Senators, led by Kelly Loeffler, wrote in an Aug. 4 letter to Fed Chair Jerome H. Powell and Treasury Secretary Steven Mnuchin.

The senators recommended reducing the minimum loan size and increasing the debt-to-earnings ratio allowed for borrowers. They also want the Fed and Treasury to eliminate the loan stake that banks must retain, or promise that taxpayers will take the earliest losses on bad loans rather than sharing those losses evenly with banks.

Mr. Mnuchin has resisted taking on too much risk with the program, saying at one point that he did not want to lose money on it if the economy played out as expected. While some of the program’s terms have eased, it is clear that they have not changed enough to spur its widespread use so far.

Some Fed and Treasury officials have indicated that the fact that few businesses are using the program is not necessarily a sign of failure. Boston Fed President Eric S. Rosengren, who is testifying at the commission’s hearing, has made the case that the program would be successful if it was available to help companies if a second wave of the virus erupts and credit conditions worsen.

Mr. Rosengren’s branch of the Fed is running the Main Street program. He is testifying ahead of officials from banking and business groups and a labor union.

“I would note that in addition to providing loans for borrowers in current need of funds, the program offers a credit backstop for firms that do not currently need financing, but may if the pandemic continues to erode the financial condition of these firms over late summer and fall,” Mr. Rosengren said in his prepared testimony Friday.

Mr. Rosengren said that while more than $100 million in loans had actually been settled, more than $600 million in total were somewhere in the process as of Thursday night. He also pointed out that setting up a program to quickly service the bespoke private loan market at a large scale has been “inherently difficult.”

The commission was established by Congress to oversee how the Treasury and Fed’s economic relief programs are implemented. Mr. Ramamurti, a former aide to Senator Elizabeth Warren, Democrat of Massachusetts, is one of four current members of what is supposed to be a five-person panel. It is still missing a chairperson.

Mr. Powell, for his part, has pointed out that while businesses in hard-hit sectors have struggled to access credit, many smaller companies have seen their credit needs met by the Paycheck Protection Program, which is run by the Small Business Administration.

“In the months ahead, Main Street loans may prove a valuable resource for firms that were in sound financial condition prior to the pandemic,” he said during congressional testimony in late-June.