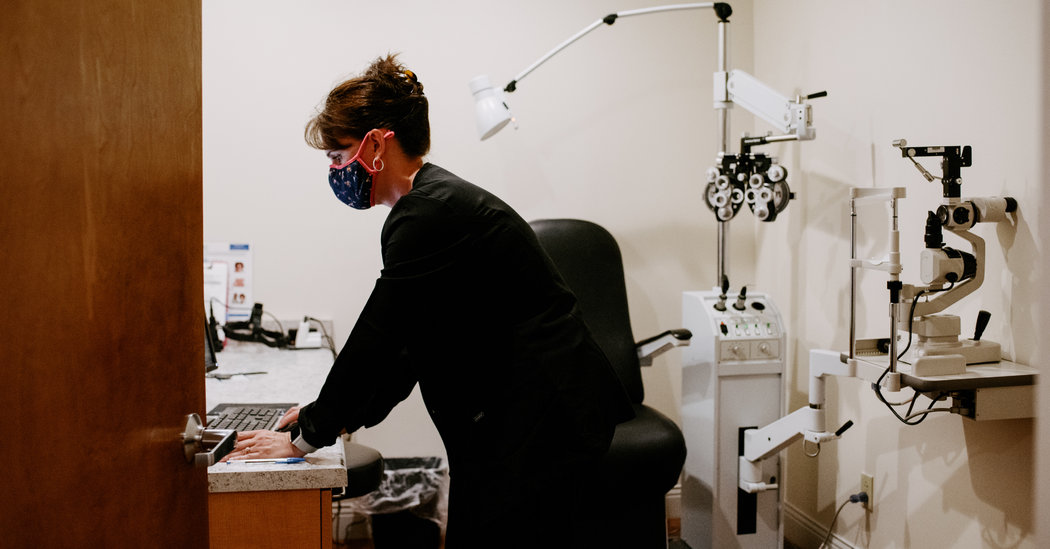 After a stumbling start three months ago, the government’s centerpiece relief program for small businesses is ending with money left over.

The Paycheck Protection Program is scheduled to wrap up on Tuesday after handing out $520 billion in loans meant to preserve workers’ jobs during the coronavirus pandemic. But as new outbreaks spike across the country and force many states to rethink their plans to reopen businesses, the program is closing down with more than $130 billion still in its coffers.

“The fact that it was able to reach so far into the small-business sector is a major achievement, and those things are worth acknowledging, and celebrating,” said John Lettieri, the chief executive of the Economic Innovation Group, a think tank focused on entrepreneurship. “But we’re still in a public health crisis, and we’re facing a long, slow, uneven return. Millions of businesses still have their survival at risk.”

The hastily constructed and frequently chaotic aid program, run by the Small Business Administration but carried out through banks, handed out money to nearly five million businesses nationwide, giving them low-interest loans to cover roughly two and a half months of their typical payroll costs. Those that use most of the money to pay employees can have their debt forgiven.

The cash went to a wide variety of companies: manufacturing firms with hundreds of workers, Main Street retailers with a few dozen employees, and freelancers working for themselves. The loans ranged from a few hundred dollars to $10 million, and allowed businesses to keep paying employees — even if they had nothing to do but sit at home.

The program appears to have helped prevent the nation’s staggering job losses from growing even worse. Hiring rebounded more than expected in May as companies in some of the hardest-hit industries, especially restaurants, restored millions of jobs by recalling laid-off workers and hiring new ones.

That’s how it played out for Dr. Chris Stansbury, an optometrist who co-founded West Virginia Eye Consultants, which has seven offices around the southern part of the state. He furloughed 40 employees in late March after a statewide stay-at-home order, when his once-thriving practice was limited to emergency appointments only. For weeks, its sales were negligible.

The loan he received through the program on April 16 gave him a financial safety net as he began to reopen — with a host of new health precautions — in early May. Sales are back to around 90 percent of normal, and Dr. Stansbury said he was cautiously optimistic that the worst had past for his business. Nearly all of his workers are back on the job.

“If we hadn’t had this money to get us through, things would have been pretty dire,” he said. “I don’t think we would have been able to reopen all of our locations right away.”

Other businesses didn’t have such a smooth experience. The program was marred by technical problems — like overtaxed computer systems that crashed — and confusing, frequently revised rules that frustrated borrowers and lenders alike. Some banks limited their lending to companies with which they already had relationships.

After a rush of early demand — the initial $349 billion set aside for the program was gone in 13 days — borrowing slowed significantly. The money left over after the final applications are received late Tuesday will stay with the Treasury.

Lenders cited two main reasons there was money left over. First, most eligible companies that wanted a loan were ultimately able to obtain one. (The program limited each applicant to only one loan.) Also, the program’s complicated and shifting requirements dissuaded some qualified borrowers, who feared they would be unable to get their loan forgiven.

Trying to comply with those rules was a challenge for many businesses.

Tracy Singleton closed her farm-to-table restaurant in Minneapolis, the Birchwood Cafe, in mid-March and laid off all but a handful of her 62 workers. She received a $382,200 loan in early April, a week after the program began, and soon spent it all — even though she won’t be fully reopening any time soon.

“If I’d known the rules were going to change, I would have done it differently,” Ms. Singleton said. “But I had to go with the rules as they were at the time.”

When she received the loan, businesses had just eight weeks to spend the cash if they wanted to have the loan completely forgiven. So Ms. Singleton, who had switched to curbside pickup sales, brought back dozens of workers, brainstorming new projects for them to tackle. Her payroll ballooned from a skeleton crew of eight to a peak of 48 employees.

But as the clock ticked down to the end of her eight weeks of support, it became clearer to lawmakers that the downturn wasn’t ending anytime soon.

Congress amended the loan program in early June to give recipients nearly six months to use their aid money, but Ms. Singleton had already spent most of her funds. When the money ran out, she laid off workers again. She is down to a staff of about 20.

“We looked at this as a bridge,” she said. “Then our time was up, and there’s no solid ground to stand on yet.”

Some will cheer the program’s end. Jon Winick, the chief executive of Clark Street Capital, a firm that advises lenders, predicted “screams of joy” from banks that are ready to be done with the headaches of issuing new loans. But few believe that the nation’s small businesses are ready to stand on their own without further federal aid.

With Congress bitterly divided about what any new stimulus package should look like, little other help is on offer. Companies with fewer than 500 workers can turn to another Small Business Administration program, the Economic Injury Disaster Loan fund, but it has struggled with overwhelming demand and has imposed a $150,000 cap on its loans. The Federal Reserve’s new Main Street Lending Program offers loans of $250,000 and more, but on more onerous terms.

That leaves companies — and their employees — in a vulnerable spot. Small businesses employ about half of America’s nongovernment workers, and a fresh wave of deep reductions or permanent closures would quickly cascade through the national economy. The pain would be even more acute in hard-hit industries, like the service sector, and communities that disproportionately rely on small employers.

Some of those employers, like Ms. Singleton, are weighing their bottom lines against the continued uncertainty of the pandemic.

Even though Minnesota has allowed restaurants to reopen for outdoor dining and limited indoor seating, Ms. Singleton has stuck with curbside pickup. She is watching with dread as infection rates soar in areas that relaxed their restrictions and is wary of putting her employees or customers at risk.

“I frankly don’t think it’s safe,” she said. “You can really only reopen once. If we had to open and shut down again, that would be a nightmare.”