‘Scared to Death’ by Arbitration: Companies Drowning in Their Own System 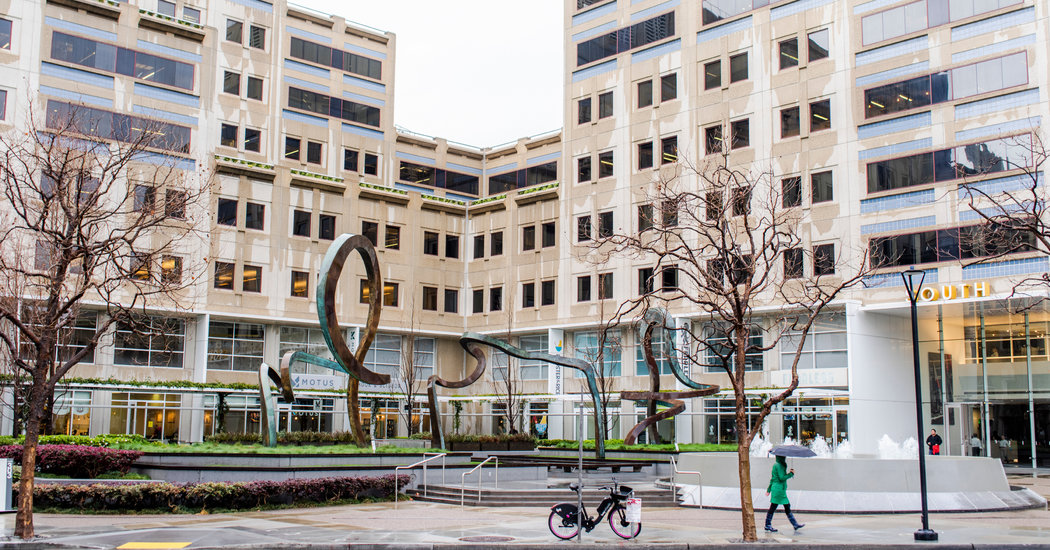 Teel Lidow couldn’t quite believe the numbers. Over the past few years, the nation’s largest telecom companies, like Comcast and AT&T, have had a combined 330 million customers. Yet annually an average of just 30 people took the companies to arbitration, the forum where millions of Americans are forced to hash out legal disputes with corporations.

Mr. Lidow, a Silicon Valley entrepreneur with a law degree, figured there had to be more people upset with their cable companies. He was right. Within a few months, Mr. Lidow found more than 1,000 people interested in filing arbitration claims against the industry.

About the same time last year, Travis Lenkner, a lawyer in Chicago, had a similar realization. Arbitration clauses bar employees at many companies from joining together to mount class-action lawsuits. But what would happen, Mr. Lenkner wondered, if those workers started filing tens of thousands of arbitration claims all at once? Many companies, it turns out, can’t handle the caseload.

Hit with about 2,250 claims in one day last summer, for example, the delivery company DoorDash was “scared to death” by the onslaught, according to internal documents unsealed in February in federal court in California.

Driven partly by a legal reformist spirit and entrepreneurial zeal, Mr. Lidow and Mr. Lenker are leaders in testing a new weapon in arbitration: sheer volume. And as companies face a flood of claims, they are employing new strategies to thwart the very process that they have upheld as the optimal way to resolve disputes. Companies, in a few instances, have refused to the pay fees required to start the arbitration process, hoping that would short-circuit the cases.

“There is no way that the system can handle mass arbitrations,” said Cliff Palefsky, a San Francisco employment lawyer who has worked to develop fairness standards for arbitration. “The companies are trying to weasel their way out of the system that they created.”

Even as Supreme Court rulings over the last two decades have enshrined arbitration as the primary way that companies can hash out disputes, giving them enormous sway, consumer advocates and labor rights groups have criticized its inequities.

One of the biggest obstacles for consumers and workers is that payouts on individual arbitration judgments don’t justify the costs of mounting a complex case against a big company.

Some of the mass arbitration strategies may be changing that calculus.

Mr. Lidow runs FairShake, a start-up that uses an automated system to get the arbitration process started. If the claim results in a payout, the start-up takes a cut.

Mr. Lidow got interested in arbitration after the e-commerce company he founded to sell ethically sourced clothing shut down. A former mergers and acquisitions lawyer, he wanted to use some of his digital know-how to disrupt the cumbersome, clubby legal system that nearly every American must agree to use instead of going to court against their employer, rental car provider or cable company.

In the spring of 2018, FairShake bought targeted Google ads that invited anyone with gripes against a cable and internet company to start the arbitration process through its website. Over two months, FairShake notified companies like AT&T and Comcast that it was filing 1,000 arbitration claims.

The companies were caught off guard. It took six months for many of the claims to move through arbitration. And some were still making their way through the system two years later. To Mr. Lidow, that seemed like a long time for two of the nation’s largest companies, with ample legal resources, that have vouched publicly for the efficiencies of arbitration over court.

It was particularly notable because AT&T was at the center of a landmark 2011 Supreme Court ruling that anointed arbitration as a fair forum for legal disputes.

“From our perspective, the companies weren’t prepared to administratively handle that volume,” Mr. Lidow said. “The whole system wasn’t prepared.”

An AT&T spokesman said FairShake’s “system is unnecessary because our process is so easy to follow and efficient for consumers.”

FairShake is expanding its focus to other industries, like consumer finance and home security. For the arbitration claims that FairShake has settled, consumers have gotten an average payout of $700.

A former lawyer at Boeing who clerked for Justice Anthony M. Kennedy on the Supreme Court, Mr. Lenkner said most companies never expected that people would actually use arbitration.

“The conventional wisdom might say that arbitration is a bad development for plaintiffs and an automatic win for the companies,” he said. “We don’t see it that way.”

His firm’s first wave of cases have focused on workers in the gig economy. Many of these workers, particularly at food delivery companies, have been thrust onto the front line of the coronavirus crisis by ferrying food and supplies to housebound consumers, while risking getting sick. A large number of their employers require these workers to sign arbitration clauses.

Mr. Lenkner said he believed that his firm could economically mount arbitration claims, one by one, because the gig workers had similar allegations against companies like Uber and Postmates — namely that they have been misclassified as independent contractors.

One of the firm’s latest showdowns is with DoorDash, a leading food delivery app in the United States. It shows the traction that mass arbitration is gaining with judges and the lengths that companies will go trying to stop it.

It began last summer when Mr. Lenkner’s firms filed more than 6,000 arbitration claims on behalf of couriers for DoorDash, known as “dashers.”

Among them was Victoria Diltz, a single mother in the Bay Area who works at a fast-food restaurant and as a housekeeper, and relies on making deliveries for DoorDash to generate extra cash for a tank of gas, groceries or car payments.

She said the company’s formula for paying workers was inconsistent, but as an independent contractor she had no way to challenge that.

“They know we are desperate for the cash, so we will do whatever,” said Ms. Diltz, 46, who lived out of her car for a period while working for DoorDash.

The cases were taken to the American Arbitration Association, an entity that provides the judges and sets up the hearings for such disputes.

DoorDash balked, arguing in court that it couldn’t be sure that all of the claimants were legitimate dashers. The American Arbitration Association said the company had to pay anyway. It refused, and the claims were essentially dead.

The company made other moves seeking to limit the damage from mass arbitration.

DoorDash’s lawyers at the Gibson Dunn firm reached out to another arbitration provider, which turned out to be more accommodating on some issues important to the company.

The International Institute for Conflict Prevention & Resolution, or C.P.R., was willing to allow DoorDash to arbitrate “test cases” and avoid having to pay the fees all at once. C.P.R. also took feedback from Gibson Dunn on the proposed new rules, though it did not consult with the dashers’ lawyers.

If they wanted to keep “dashing” for DoorDash, workers had to sign a new contract designating C.P.R. as the new arbitrator.

But a federal judge in San Francisco wasn’t willing to go along with it. The judge, William Alsup, ordered DoorDash in February to proceed with the American Arbitration Association cases and pay the fees.

In a statement, a spokeswoman for DoorDash said the company “believes that arbitration is an efficient and fair way to resolve disputes.”

But in a hearing, Judge Alsup questioned whether the company and its lawyers really believed that.

“Your law firm and all the defense law firms have tried for 30 years to keep plaintiffs out of court,” the judge told lawyers for Gibson Dunn late last year. “And so finally someone says, ‘OK, we’ll take you to arbitration,’ and suddenly it’s not in your interest anymore. Now you’re wiggling around, trying to find some way to squirm out of your agreement.”

“There is a lot of poetic justice here,” the judge added.