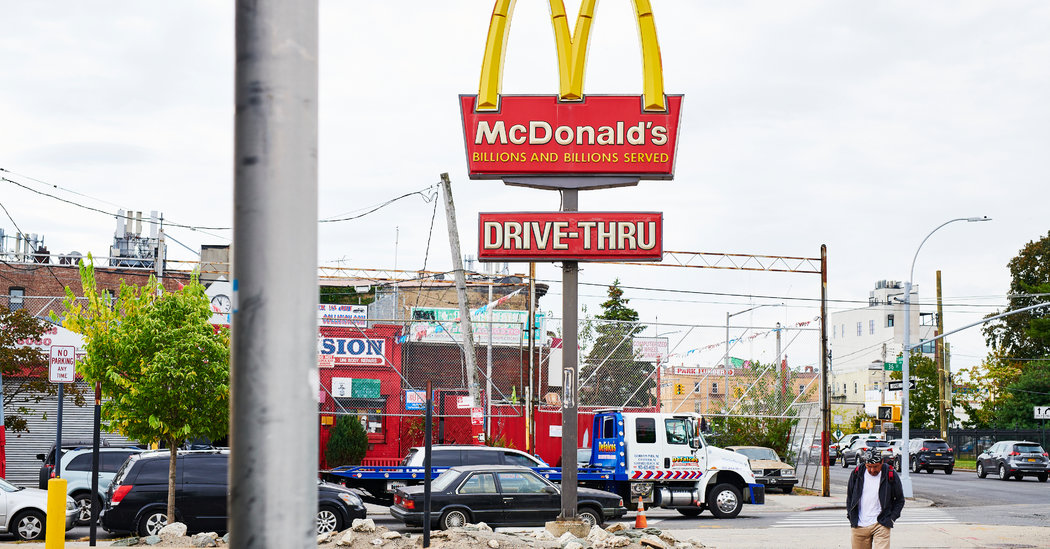 Freedom Mortgage, one of the nation’s largest mortgage lenders, is looking for additional financing as millions of homeowners are expected to stop making mortgage payments. The Cheesecake Factory said this past week it wouldn’t be able to make rent payments on its leases because of lost business. And giant companies from Kraft Heinz to Ford have tapped billions of dollars in credit from banks in preparation for an uncertain future.

These are scary times for American companies as they grapple with the hit to their businesses from the shutdown of major parts of the economy from the coronavirus. But for one group in the financial services industry — restructuring and bankruptcy advisers and lawyers — the emerging signs of pain for companies, both big and small, spell booming business.

Corporations across a wide swath of industries and in vastly different financial straits are being forced to stretch their cash, cut costs, avoid loan defaults and prepare to potentially reorganize their businesses.

Restructuring experts are finding themselves in demand, anticipating that companies will not be able to make good on their commitments on time and may seek to negotiate new terms with lenders, vendors, employees and other parties.

Dion Hayes, a restructuring attorney at McGuireWoods based in Virginia, said he was getting lots of calls from “businesses that rely on foot traffic.” Sharon Weiss, a bankruptcy lawyer with Bryan Cave in Los Angeles, said she was working with a client in the entertainment business that was looking for another investor to shore up its finances.

And Simon Freakley, the chief executive of AlixPartners, a restructuring consulting firm, said he has had conversations with directors of big companies that are normally flush with cash, but now must do cash-flow projections to simply see how they can get by for the next few months.

Companies that depend heavily on consumer spending are especially troubled. Restructuring advisers expect retailers — whose financial position was already stretched because of the rise of e-commerce — to run into further trouble as people cut back on shopping. Energy companies, which loaded up on debt in the past decade, are convulsing because of low oil prices as demand falls because of the pandemic. Hoteliers, cruise lines, restaurants, event sponsors and mortgage lenders are among those suddenly short on cash, with travel and outdoor activity at a standstill and unemployment soaring.

Carnival, the hard-hit cruise company, has already tapped a $3 billion credit line and said in regulatory filings that it was looking for new financing. The cruise company is working with Wall Street banks to line up investors for a high-interest debt offering, said one person briefed on the matter but not authorized to speak publicly.

“There’s going to be a massive amount of bankruptcies, but there has to be an even greater amount of out-of-court restructurings,” said David M. Hillman, co-head of the private credit restructuring group at the law firm Proskauer Rose.

A restructuring can happen in out-of-court talks. But when a company’s debts are complex or the parties start vying over who will be paid first, the company may seek protection in bankruptcy court, where all the debts are renegotiated under the watch of a judge. In bankruptcy, the company would also seek new financing and a fresh start.

In anticipation of demand, many law firms are redirecting their lawyers into restructuring and bankruptcy-related assignments from other areas. Frank Aquila, a corporate attorney at Sullivan & Cromwell who typically focuses on merger and acquisition work, said he’s been spending a lot of time with clients seeking to strengthen their cash position, either by reducing debt, selling assets or considering federal aid.

But Mr. Aquila and other advisers said that businesses generally prefer to work with banks rather than seek a government loan — especially if it means giving up the ability to buy back stock or dealing with restrictions on how the money can be used.

Michael C. Eisenband, a co-leader of corporate finance and restructuring at FTI Consulting, echoed the sentiment. “If you get $100 million, what happens when the company starts to turn around?” he said. “Do the first profits have to pay the government back first?”

Still, some companies — in particular, airlines — will get targeted relief from the $2.2 trillion economic lifeline bill that President Trump signed on Friday, and another $2 trillion that the Federal Reserve is using to keep the bond markets functioning properly.

Corporate failures are inevitable in the current crisis, especially given that there is $6 trillion in U.S. corporate debt that remains outstanding — near record levels. Particularly vulnerable is the $760 billion in junk bonds issued by U.S. companies, with $178 billion of that coming due over the next 12 months, according to Dealogic. Junk bonds pay investors higher interest rates.

Moody’s, a credit-rating agency, predicts that the default rate on corporate junk bonds will reach 10 percent by early next year, and the worst case could be as high as 21 percent. In 2009, one year after the last financial crisis, the default rate on junk bonds peaked at 13 percent, and there were 13,439 so-called Chapter 11 bankruptcy filings, which deal with corporate reorganizations.

Defaults will put pressure on mutual funds, pensions, hedge funds, insurers and other firms that invest in corporate bonds — including collateralized loan obligations, a complex security that includes pieces of various corporate bonds. Missed rent payments will not only pressure commercial landlords but bonds backed by income from those leases. And while no one expects a tidal wave of defaults on corporate bonds rated investment grade — meaning minimal risk to investors — a lot of work is going on behind the scenes to prepare for an epic recession.

So far, banks have remained willing to make new loans to big-name corporations that are usually rated investment grade. McDonald’s said recently it would tap a new $1 billion line of credit from JPMorgan, and Wells Fargo and Bank of America are lending $425 million to Alaska Air, secured by two dozen aircraft.

Meanwhile, several private equity and hedge fund firms including Fortress, Apollo and Avenue Capital are seeking opportunities to finance companies with riskier debt profiles that need cash, can’t get it anywhere else and are willing to pay higher interest rates for it, said people briefed on the matter but not authorized to speak for the firms.

Restructuring advisers expect the real estate sector to be especially hard hit as homeowners and businesses are unable to make mortgage payments. Several mortgage real estate investment trusts, which buy loans backed by mortgages and other real estate assets on behalf of investors, are already asking their lenders to give them more time to come up with money to pay those investors.

And nonbank mortgage servicing firms — which collect mortgage payments from borrowers and then pass on principal and interest payments to investors in bonds backed by those home loans — will see their income slashed because they have to comply with the federal government’s mandate to give forbearance to struggling homeowners.

FitchRatings, a credit-rating agency, said that those firms could see “meaningful strains on their liquidity” as income dries up and they still have to pay billions of dollars to investors. In the near term, some of the financial stress may be alleviated by an announcement on Friday from Ginnie Mae, a government agency that guarantees mortgages, that it will provide financial relief to some firms.

Stanley Middleman, chief executive of Freedom, said the action by Fitch was not an accurate portrait of his firm’s finances. He said Freedom was well equipped to weather the storm in the mortgage market but is looking to shore up its finances if the public health lockdowns continue far longer than anticipated.

“We don’t have anything looming that will cause us liquidity concerns,” Mr. Middleman said. “If this is a 90-day event, we have no issue.”