Selling the Census Last Minute, With Cowboys and Sudoku 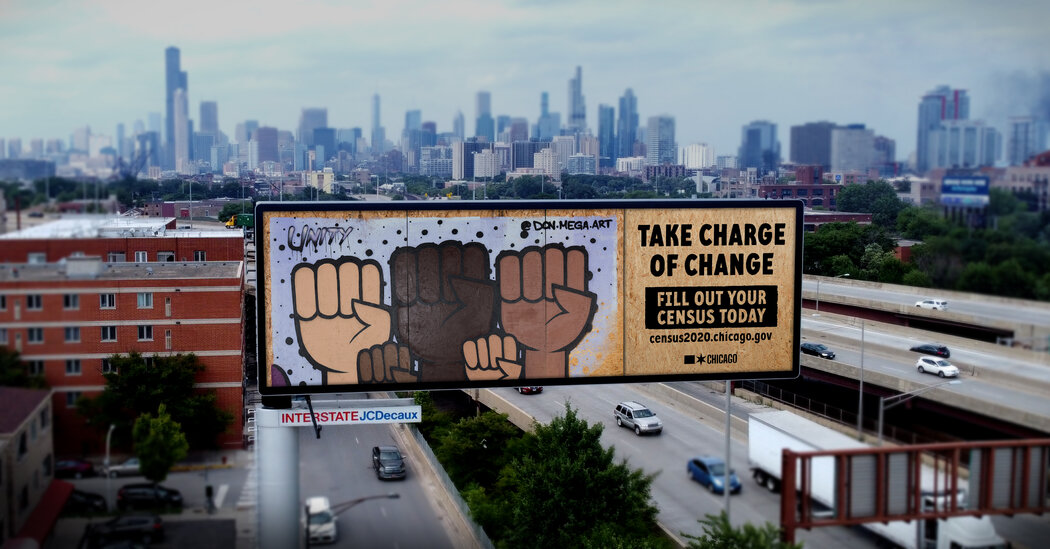 In the frantic final stretch of the census count, government officials in Chicago hired a cowboy mounted on a horse to trot through the streets as part of an effort to drum up interest. In El Dorado, Ark., the local government recruited church leaders to spread the word and attached the census website address to residents’ water bills. Food banks in West Marin, Calif., where demand has surged in the pandemic amid high unemployment and recent wildfires, encouraged patrons to participate.

Just a few weeks remain for census takers to try to tally every person in the country, and the usual tactics for coaxing out responses are falling short: Door-to-door canvassing has been complicated by the pandemic, and emails and ads in local newspapers are easy to ignore.

Last month, the Trump administration abruptly moved the census deadline up four weeks, giving the Census Bureau until Sept. 30 to finish collecting data, raising fears of a skewed and politicized count. (On Friday, a federal judge temporarily blocked the administration’s plans to expedite the schedule.) The agency has spent $700 million encouraging people to participate, but more than 13 million households remained uncounted as of Sunday, many of them thought to be non-English speakers and low-income residents.

The count, which takes place once every 10 years, helps determine the borders of congressional and local voting districts as well as the allocation of $1.5 trillion in federal funds. Afraid of being left out, local governments and citizen groups are dumping their marketing budgets into last-minute promotion.

“People are pretty much left to their own devices to get the count up,” said Robert Santos, vice president and chief methodologist at Urban Institute, a think tank. “The only issue is whether local communities have the resources to launch an all-out campaign.”

It is especially hard to reach people who have been devastated by the pandemic — those struggling to replace lost wages or secure health care, Mr. Santos said. He recommended that census promotion underscore the importance of the count to local economies and even future vaccine dispersals.

Late last month, after initially refusing to spend on the census, Texas quietly made $15 million available for a statewide ad campaign. At the Spanish-language television network Univision, spending on census ads — including a six-figure digital campaign from California running in the coming weeks — has far exceeded internal expectations for the year and is more than double what was spent in 2010. Census ad spending is also up this month on major local Telemundo channels.

A social media ad released Sept. 1 by a New Orleans production company touched on a history of inequality toward Black Americans and urged them to “let us count toward financial benefit for ourselves.” In Alabama, where more than 20 percent of households have yet to be counted, a marketing campaign urged businesses to clear time during the workday for employees to fill out the census.

“It’s an absolute panic,” said Roger Alan Stone, the president of the data firm Advocacy Data, which is deploying hyper-targeted census ads around the country.

Mr. Stone’s group worked with the City of Atlanta to identify 30 undercounted local census tracts, and then used geolocation data to identify phones in the areas. Advocacy Data delivered census ads to apps on the devices, including the Weather Channel, Pandora, Sudoku, the soccer app Futbol24 and the translation app Reverso.

The ads appeared in the language selected in the phones’ settings — information made available to Advocacy Data when users opted in on the apps. The targeting technology is similar to what grocery stores use to track customers’ preferred aisles, Mr. Stone said.

Advocacy Data is now running similar campaigns in Erie County, Pa. (where many ads are being delivered in Arabic), and New Jersey. Targeted ads are also starting in Howard County, Md. (with ads in Chinese, Korean and Vietnamese), and Delaware.

Other efforts have been more analog, and often free.

In Sioux Center, Iowa, the city paid to print brochures that were sent out with school sack lunches in the spring and summer. Census liaisons like Maggie Landegent sometimes volunteered to show up at school registration and open house nights last month and to solicit help from local landlords, library employees and medical centers.

“There’s an understanding communitywide of why this matters,” Ms. Landegent said.

In Chicago, where the so-called Census Cowboy rode around low-response neighborhoods for a week in July, city officials also tapped the FCB Chicago ad agency to increase response rates through a project called Boards of Change.

The agency asked local artists to paint messages encouraging civic engagement on pieces of plywood that had been used to shield businesses during recent civil unrest. The boards were sent to Chicago neighborhoods with the lowest response rates.

In an overwhelming year, trying to keep attention on the census is difficult, said Brian Asner, the strategy director at FCB Chicago.

“It’s a very noisy time,” he said. “It’s very easy for this messaging to blend in during an election year and in the general malaise that’s out there.”