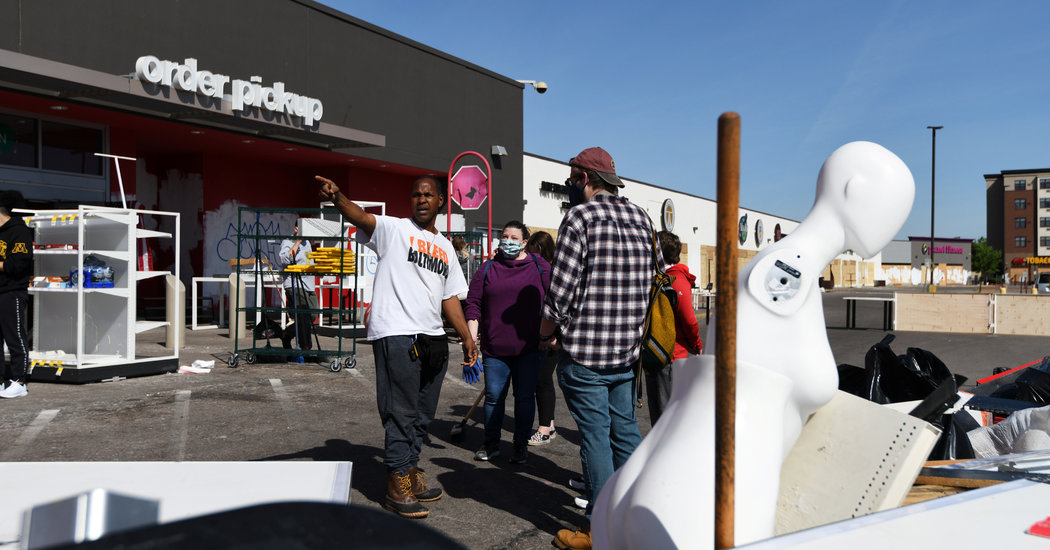 Target is temporarily closing or shortening the hours of about 200 stores in the United States as protests and looting spread across country in the aftermath of the death of George Floyd.

The Target store on Lake Street in Minneapolis, the location nearest to where Mr. Floyd died, was engulfed by unrest, badly damaged and looted last week. Images of the battered store have featured prominently in news coverage of the unrest in Minneapolis, where Target has its headquarters.

In a statement on its website Saturday night, Target said: “We are heartbroken by the death of George Floyd and the pain it is causing communities across the country. At this time, we have made the decision to close a number of our stores.”

The site initially listed more than 170 affected stores — 70 in Minnesota and 104 in other states, including New York, California, Texas, Illinois, Georgia, Colorado, Oregon, Wisconsin and Pennsylvania.

In an interview on Sunday morning, Joshua Thomas, a Target spokesman, said the number of stores had grown to about 200. He said that total was a mix of temporary closings at some stores and shortened hours at others, though he did not supply a breakdown.

Mr. Thomas said the number was changing daily. On Sunday, the website had changed, dropping the detailed list of closings and no longer suggesting that all the stores listed were closings.

Target has nearly 1,900 stores in the United States. The decisions to temporarily shutter or shorten store hours at roughly 200 locations, Mr. Thomas said, were being made “out of an abundance of caution” to ensure “the safety of our teams.”

Target will continue to pay workers for 14 days of their regular pay at the affected stores, including a $2-an-hour Covid-19 premium. And workers at the shuttered stores will be able to work at nearby Target locations.

Six Target stores across the country have been closed because of damage. Nearly all of them should be ready to reopen soon, needing modest repairs, Mr. Thomas said. The exception is the Lake Street store in Minneapolis, which Target hopes to reopen by the end of the year.

In an open letter, Brian Cornell, Target’s chief executive, said the company remained committed to investing there and to “preserving jobs and economic opportunity by rebuilding and bringing back the store that has served as a community resource since 1976.”

Protests and violent unrest began last week in Minneapolis and spread to other cities. Mr. Floyd died last Monday after a police officer pressed his knee on Mr. Floyd’s neck for more than eight minutes during an arrest.