The U.S. Is About to Vastly Increase Its Debt. That’s a Good Thing. 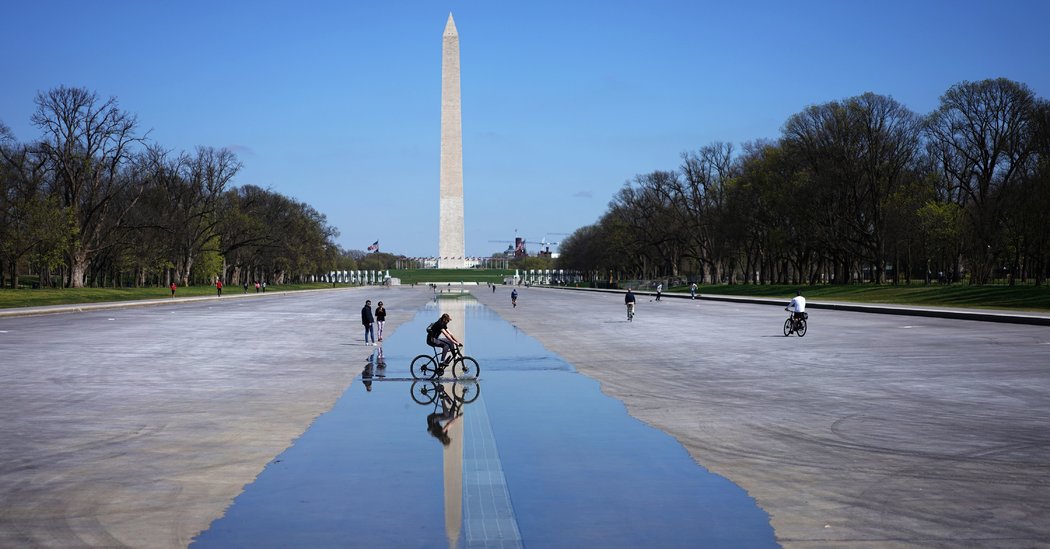 “This is not permanently raising government spending,” said Louise Sheiner, a senior fellow at the Hutchins Center on Fiscal and Monetary Policy at the Brookings Institution. “It’s a one-time thing. A big one-time thing, but it raises the level of debt and doesn’t do anything to the trajectory of debt after that, which makes it less challenging in the grand scheme of things.”

Simple math shows why. If the national debt were to rise by $2 trillion compared with what had been forecast, and the government paid for it by issuing 30-year bonds at current rates, the debt service cost would be about $29 billion a year, a trivial amount in a $20 trillion economy. And unlike a private borrower, the government never need pay down its debt; theoretically the debt can remain on the books indefinitely so long as the cost of interest payments is manageable, which in turn depends on economic growth.

“We are certainly expecting a much faster accumulation of debt than we had previously,” said Mr. Foster, the Moody’s analyst. “But if this is effective, it will cushion the blow to growth, and the economy will pick up faster, and that would have positive spillover in terms of debt dynamics,” meaning the result of successful stimulus would be a larger economy and thus a lower debt-to-G.D.P. ratio than if the government hadn’t acted.

“At this stage, the government can’t be preoccupied with deficits,” he said. “The downside risk of an inadequate response is much more severe.”

“Public debt levels will have increased,” Mario Draghi, the former president of the European Central Bank, said in an essay published this week in The Financial Times. “But the alternative — a permanent destruction of productive capacity and therefore of the fiscal base — would be much more damaging to the economy and eventually to government credit.”

The $800 billion fiscal stimulus the Obama administration enacted starting in early 2009 was widely attacked for increasing the deficit. But the budget deficit peaked that year and declined over subsequent years as the United States economy recovered.

The Fed may one day need to raise interest rates and sell off its holdings of Treasury bonds to prevent inflation. But that would most likely occur at a time when the economy had returned to its pre-coronavirus trajectory and was seeing higher inflation levels than have been evident over the last decade.