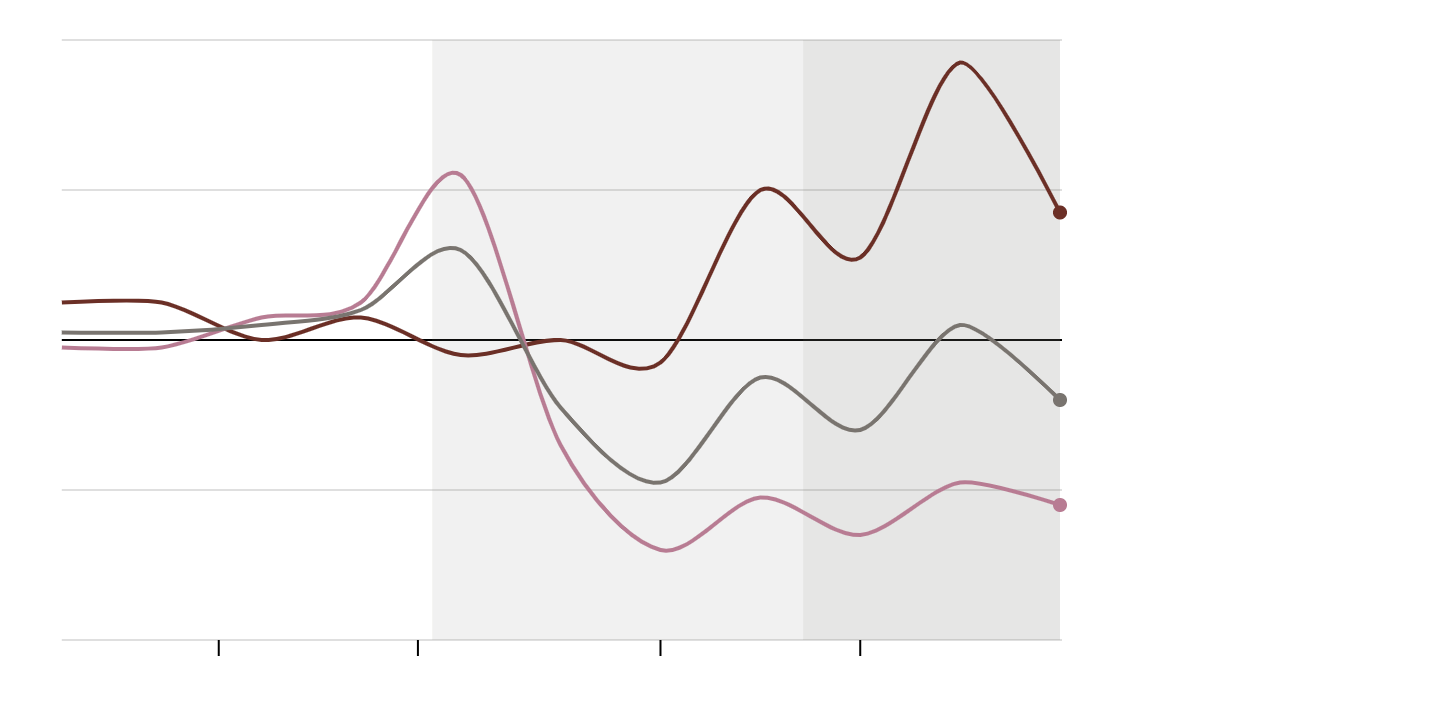 While the shutdowns immediately altered how people spent their money, the patterns have continued to shift as the weeks have gone on, new data shows, shaped by waves of panic buying and even payouts of government aid. The latest bump in online spending came after the government sent out stimulus payments to tens of millions of American households beginning on April 11.

Beyond what might be temporary shifts, consumer habits appear to be changing in ways that may well endure beyond the pandemic and determine who will become the most important online players.

Big and sometimes unexpected winners have emerged in several of the industries that have come to define the coronavirus economy, according to data from Earnest Research, which tracks millions of credit and debit card transactions in the United States. Many e-commerce companies are now in a much stronger position than before. But even within the areas of rapid growth, the recent gains have not been spread evenly.

In grocery delivery, there is Instacart, and then everyone else 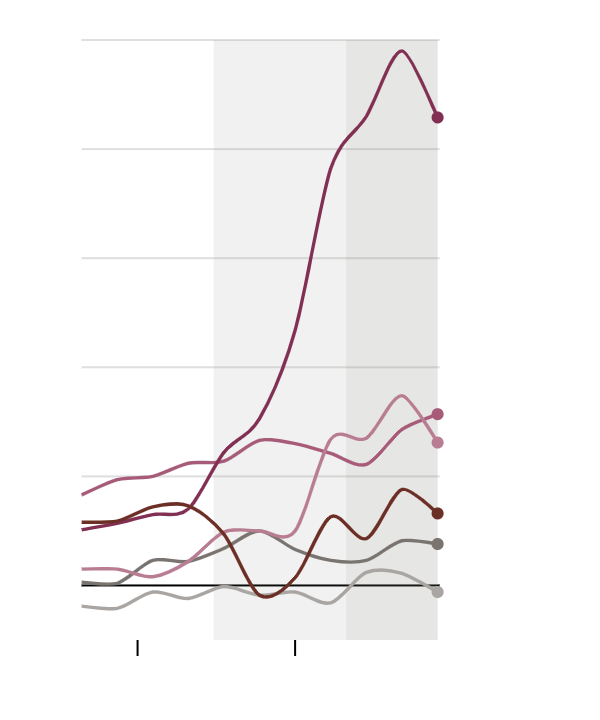 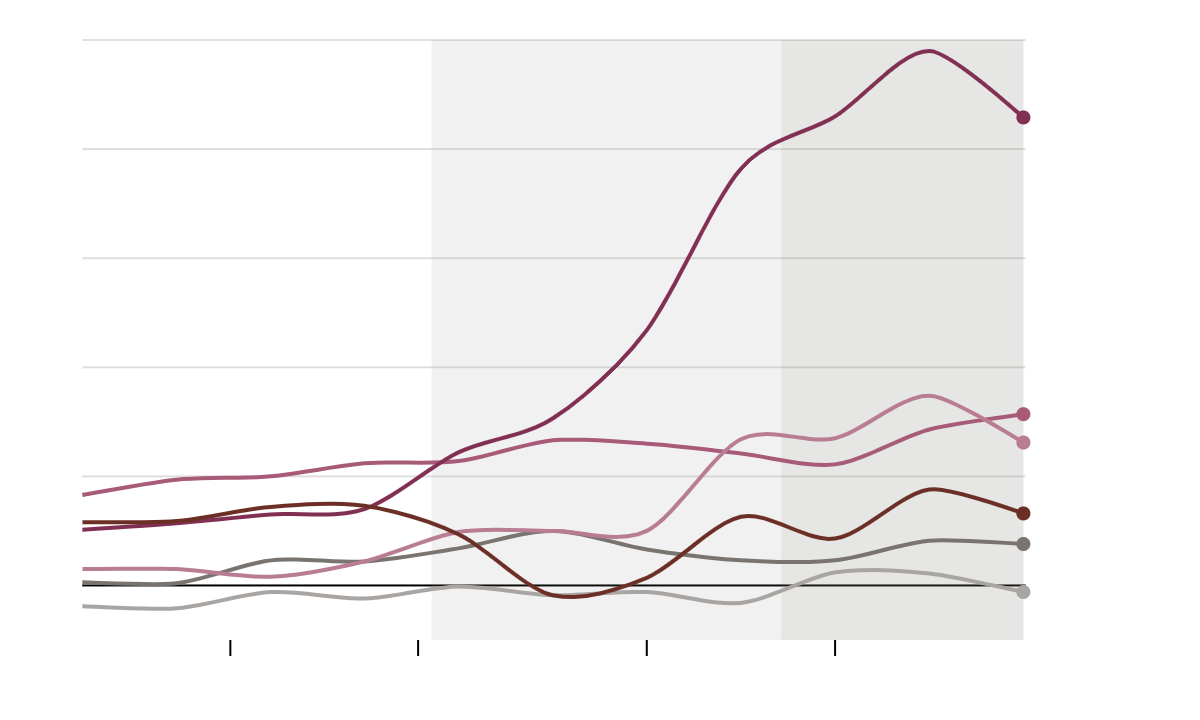 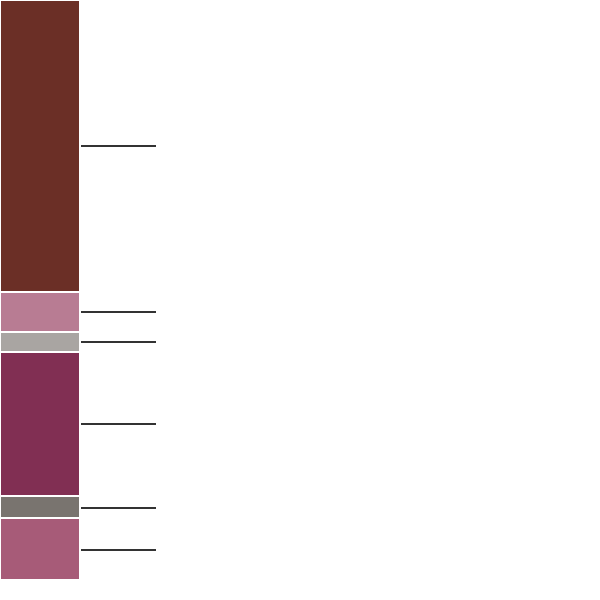 There are few activities that have been upended more than grocery shopping, which had long been analog and resisted the world of online commerce. All that changed in a few short weeks, as people were told to stay home, without their need for food diminishing. According to several surveys, more than a third of all Americans have ordered groceries online for the first time over the last month, and people have spent more ordering groceries online each succeeding week of the crisis.

The clear winner so far has been Instacart. It was not the biggest going into the crisis, but it has the advantage of working with several grocery chains rather than directly selling products on its own, unlike most of its competitors.

The popularity of online grocery shopping has meant that some services have strained to meet the demand — and this could diminish the long-term appeal of the services.

FreshDirect and Peapod have been relatively flat, according to Earnest’s data, despite being some of the most established names in the industry. FreshDirect, which is largely focused on New York, talked publicly about its difficulty finding healthy employees. Peapod, meanwhile, made ill-timed cutbacks right before the virus hit.

The central battle now is most likely between Instacart and the biggest forces in online retailing, Amazon, Walmart and Target, all of which have been investing more heavily in grocery sales. Walmart had the biggest established presence, but it has grown more slowly than Amazon and Target.

In overall e-commerce, Target and Walmart have been gaining on the behemoth, Amazon

Change in sales for e-commerce giants 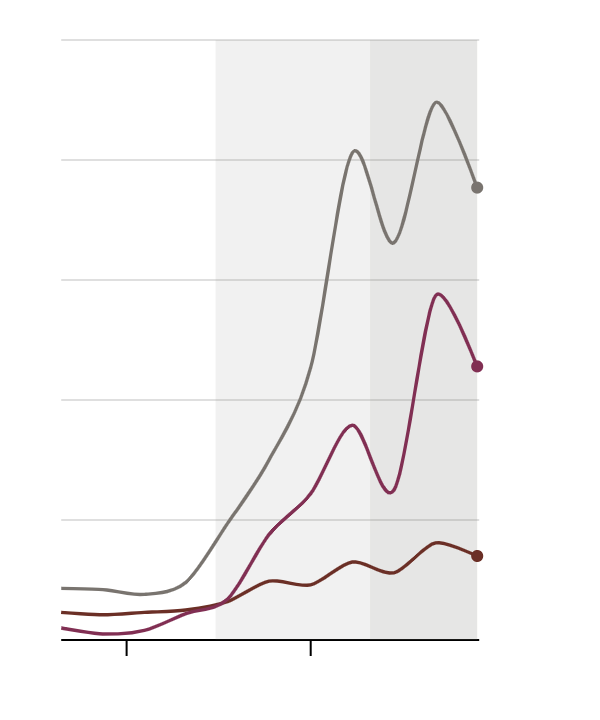 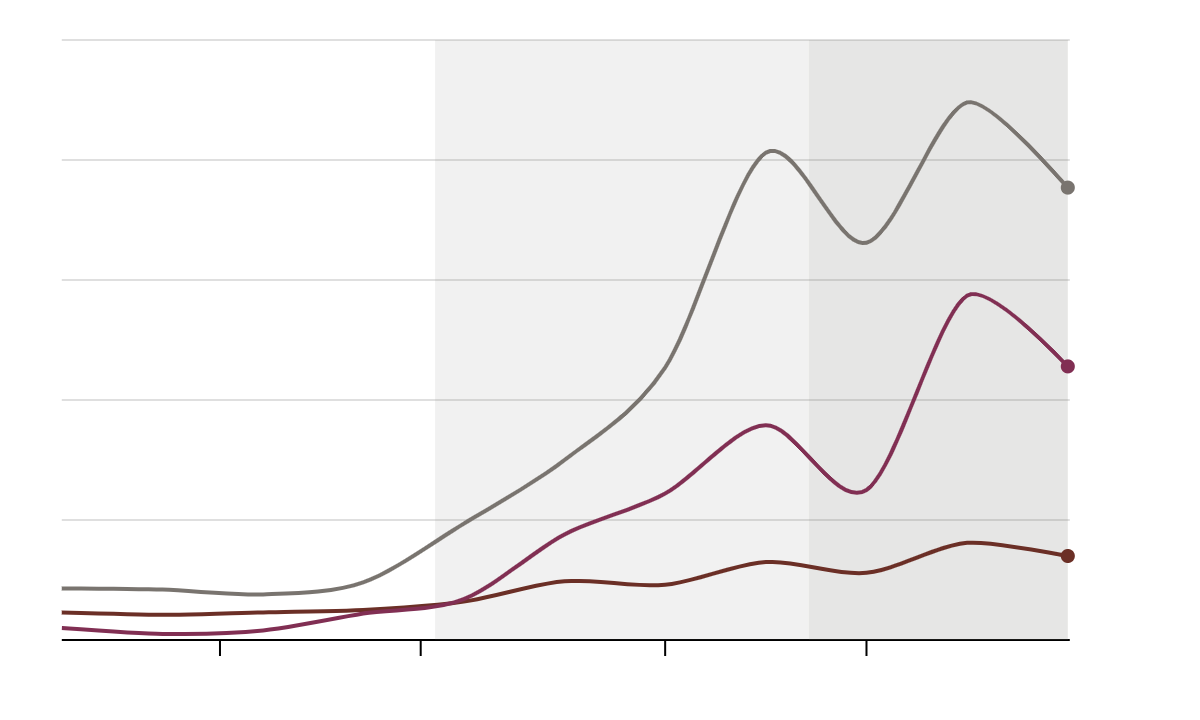 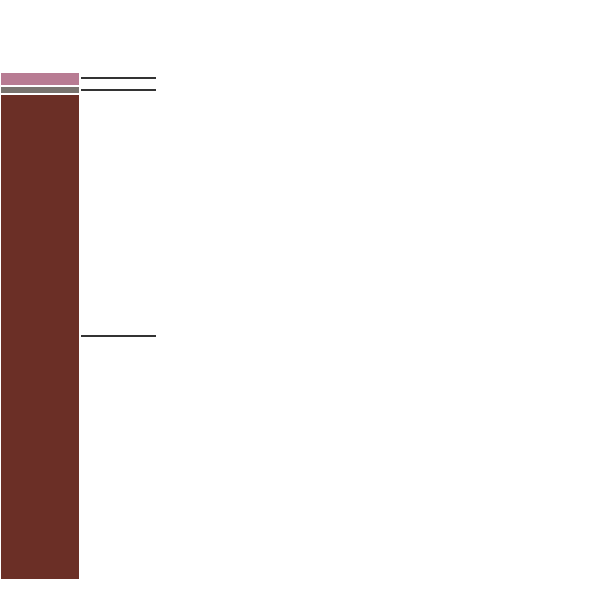 This grocery battle is part of a much bigger push by Target and Walmart to take on the behemoth of online shopping, Amazon. Both companies have recently expanded their online sales much faster than Amazon.

Amazon’s slower growth is largely explained by the fact that it started with such such an enormous lead, and had already attracted many of the Americans willing to shop online.

For Target and Walmart, many of their new sales came from people who had never shopped with them before, while Amazon has relied more heavily on existing customers, according to data from Facteus, a firm that analyzes consumer transactions. Those elevated spending levels may go down at Amazon, but new customers are more likely to stick around.

Target was particularly well positioned going into this crisis because of its purchase of Shipt, a company that specializes in fast delivery of things like groceries. That has helped Target pull even with Amazon recently in terms of delivery time, data from Rakuten Intelligence shows, even as Target’s sales have grown. 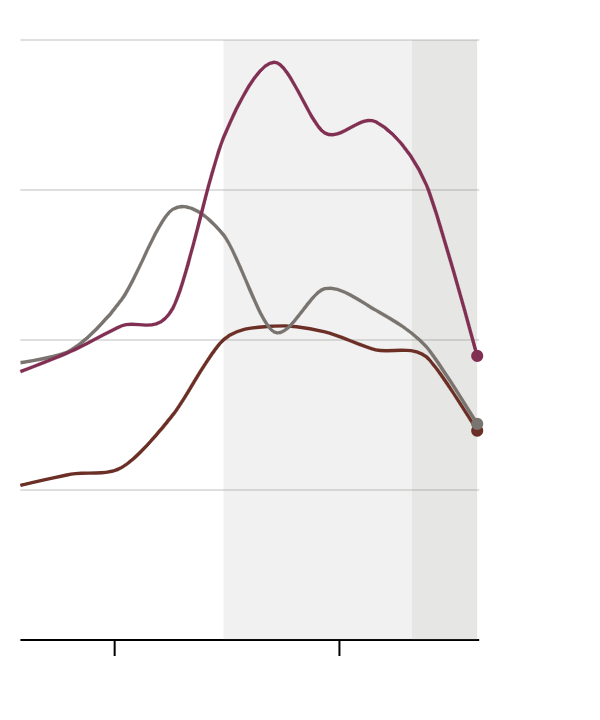 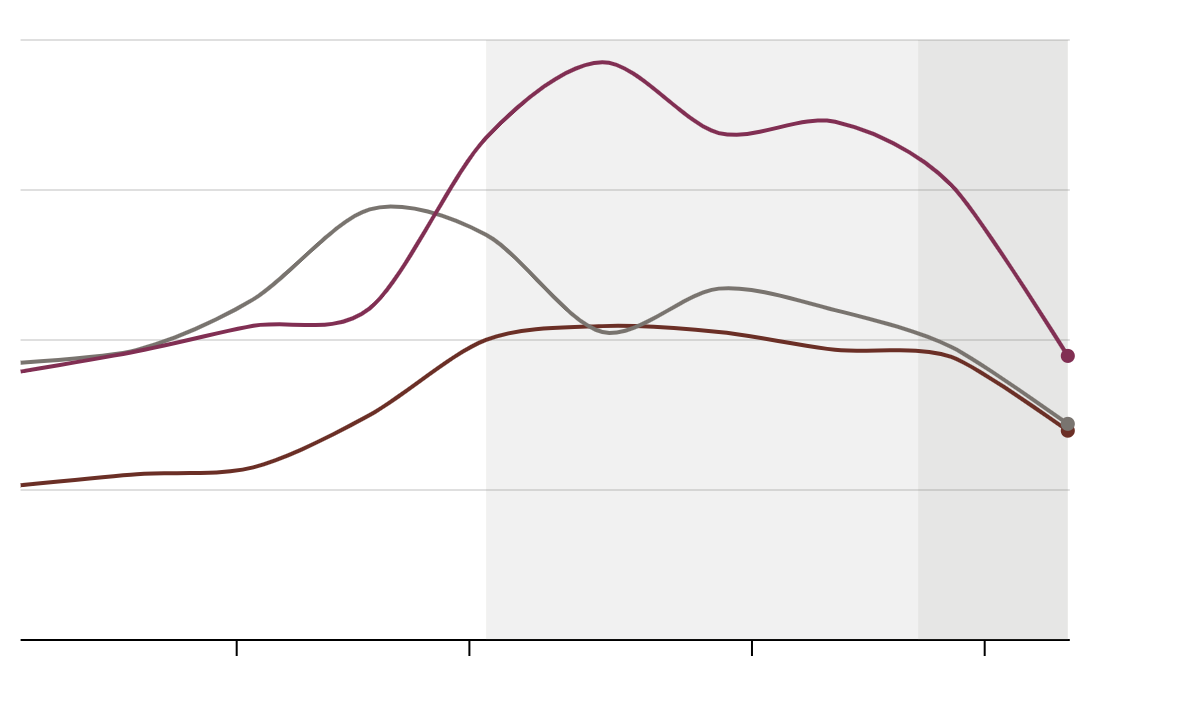 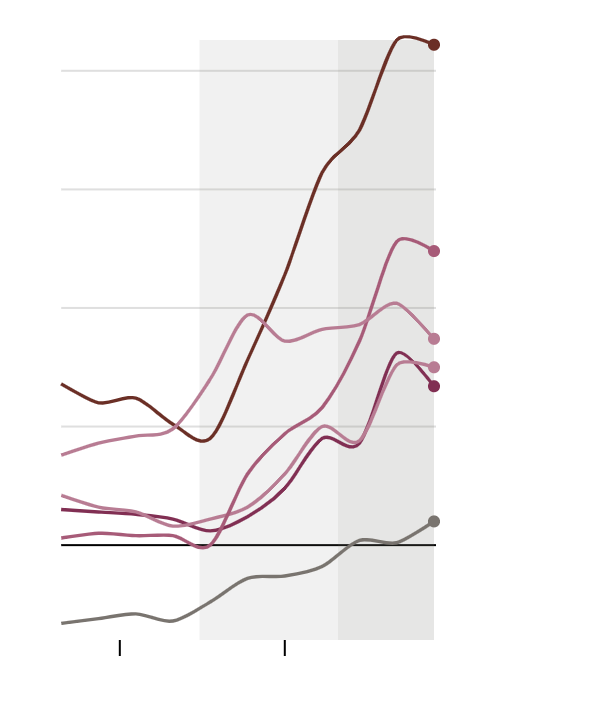 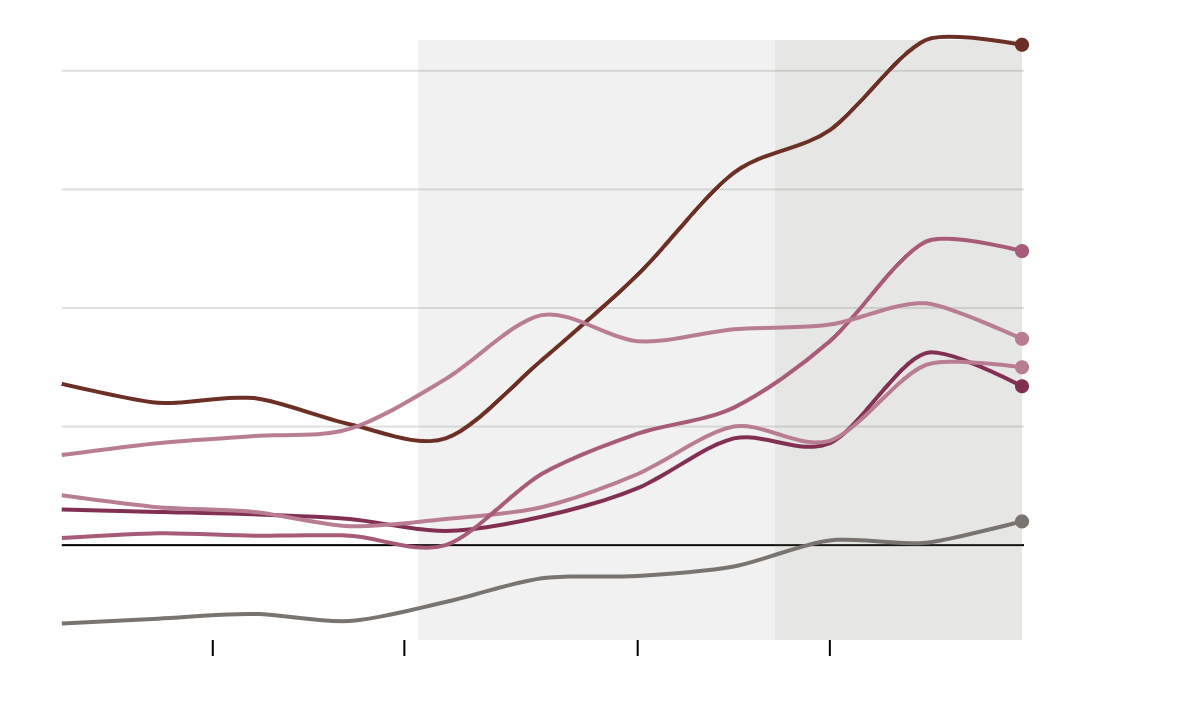 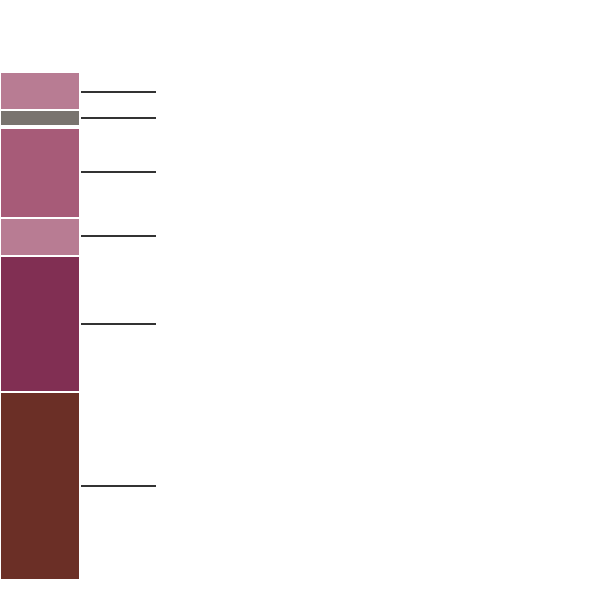 The crisis has also given a shot in the arm to online restaurant and meal delivery services, which were broadly experiencing slower growth earlier this year.

Grubhub, one of the bigger players in this industry, is now the subject of acquisition talks with Uber, which is a bigger company over all, but is smaller when it comes to delivery, through its Uber Eats service.

Grubhub has recently grown more slowly in large part, analysts say, because the company was long focused on independent restaurants, which have been more likely to close during the quarantines, and on New York, where the crisis hit the hardest.

DoorDash, the market leader, has meanwhile focused on chain restaurants, and areas outside the big cities, where the sense of crisis was less acute. That has allowed it to expand its dominant position in the industry. 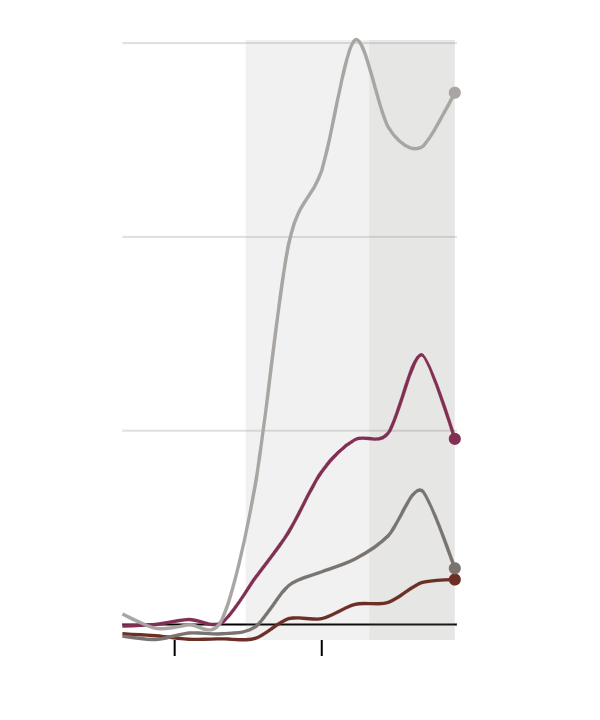 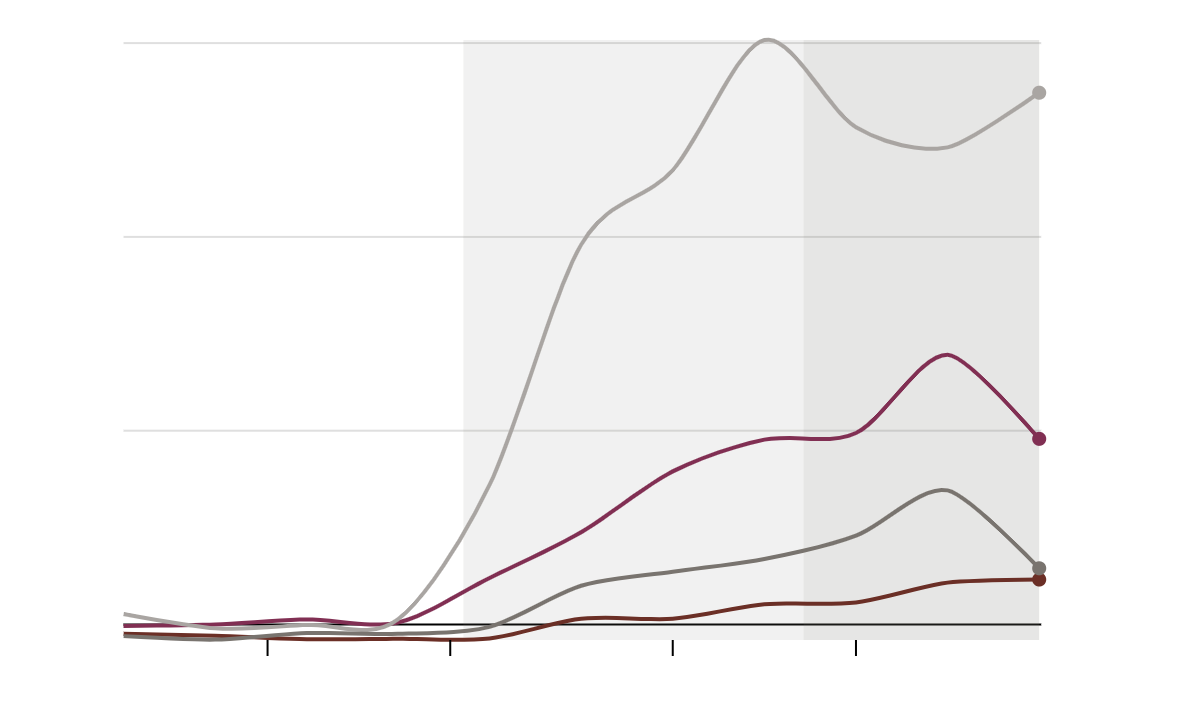 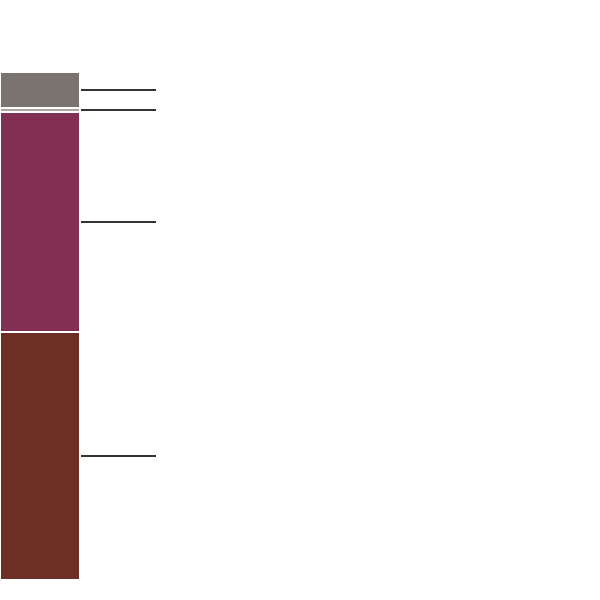 The electronics industry has long developed its online delivery capabilities, but that has not helped everyone equally. Apple has seen the supply of its biggest seller, the iPhone, crimped by problems with factories in China. GameStop, on the other hand, was a much smaller player going in — but the one thing people can’t seem to get enough of during these days at home is video games.

It’s hard to sell clothes, other than leggings and sweatpants 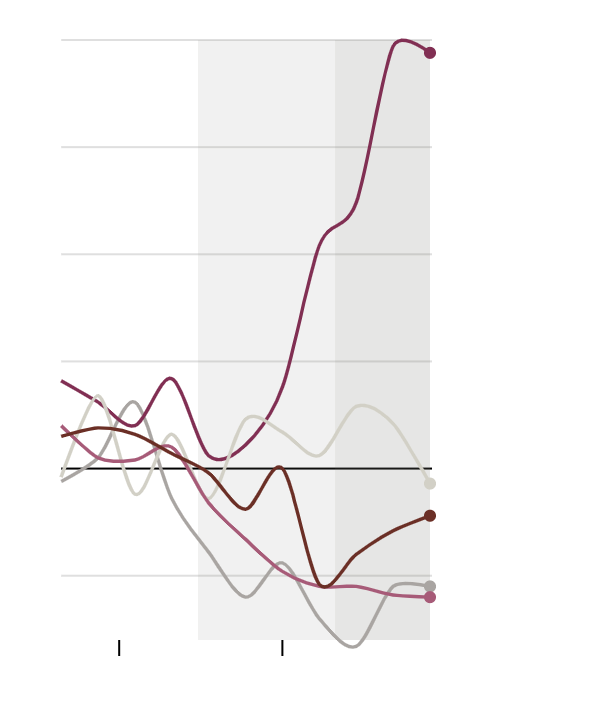 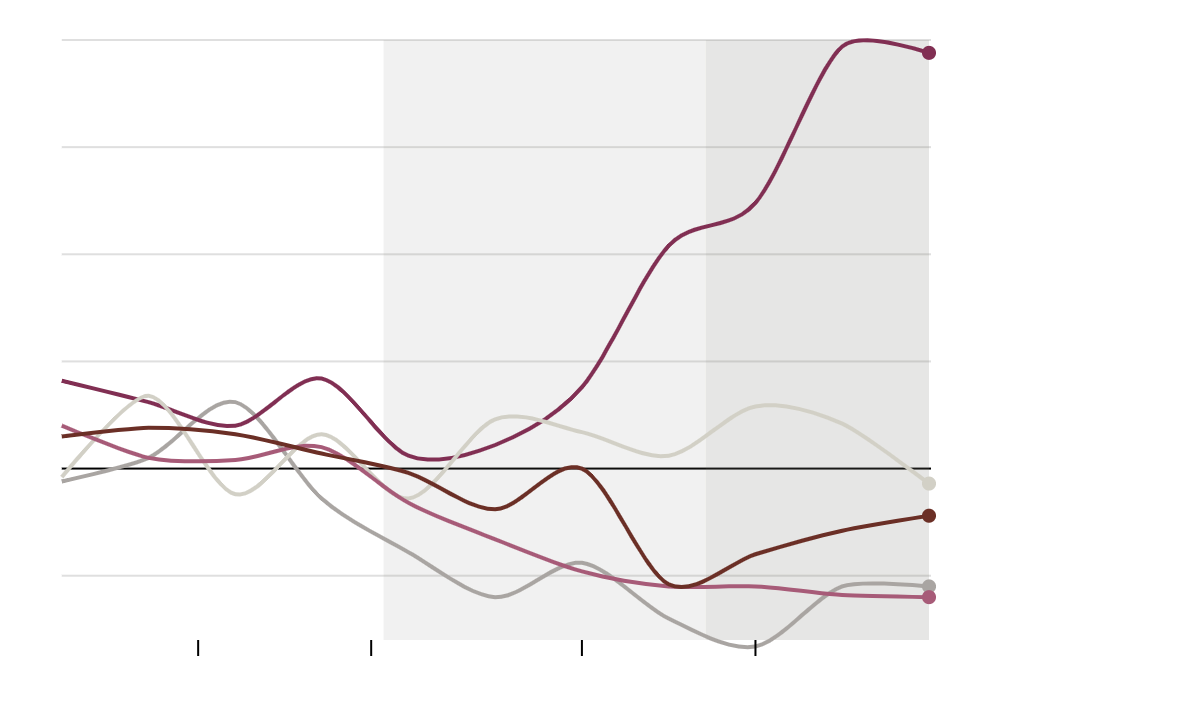 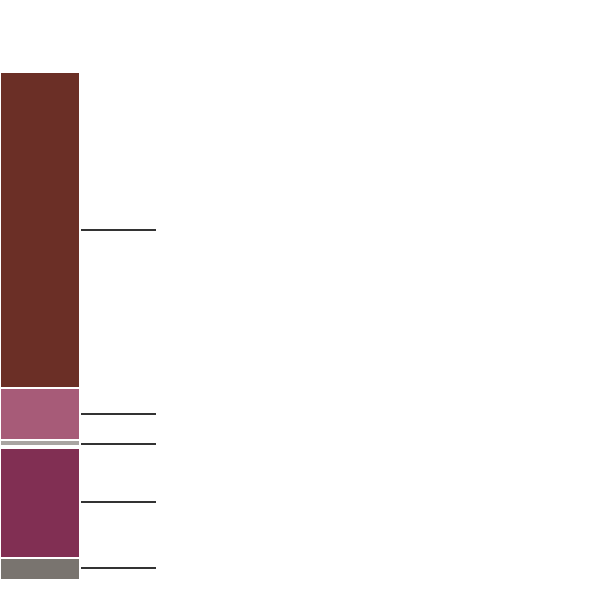 The growth of online sales has not been enough to save all e-commerce players. The start-ups that were set up to deliver people their clothing at home have almost all struggled as people have stopped needing nice clothes to go to work. One of the few apparel companies that has been doing well, at least online, is Lululemon, thanks to its generous selection of the sweatpants and leggings that serve as particularly good work clothes when your office is in the basement.