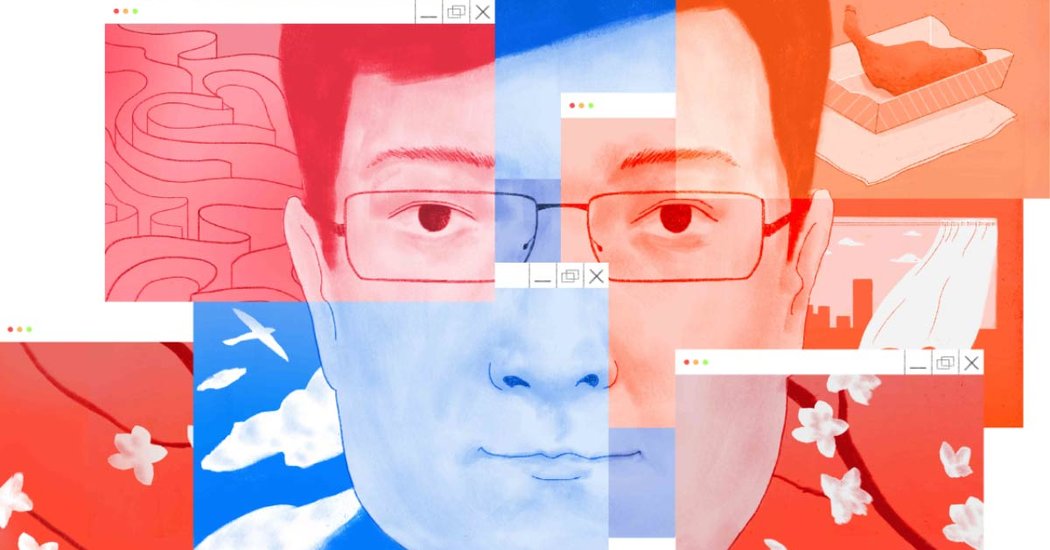 They come to say “good morning” and “good night.” They tell him that spring has arrived and that the cherry blossoms are blooming. They share that they are falling in love, falling out of love or getting divorced. They send him photos of fried chicken drumsticks, his favorite snack.

They whisper that they miss him.

Li Wenliang, a doctor in the Chinese city of Wuhan, died of the coronavirus on Feb. 6 at the age of 34. More than a month before that, he went online to warn friends of the strange and deadly virus rampaging through his hospital, only to be threatened by government authorities. He became a hero in China when his warnings proved true, then a martyr when he died.

After his passing, people began to gather, virtually, at his last post on Weibo, the Chinese social media platform. In the comments section, they grieve and seek solace. Some call it China’s Wailing Wall, a reference to the Western Wall in Jerusalem where people leave written prayers in the cracks.

As the deadly virus killed tens of thousands around the world, each society will have its unique way of coping with the loss and grief. In a largely atheist yet spiritual nation with little tradition of praying, the digital Wailing Wall allows the Chinese people to share their sadness, frustration and aspirations with someone they trusted and loved.

It may be the gentlest place on the often polarizing and combative Chinese internet. People write down their thoughts and leave. They don’t argue or make accusations. When they do respond to each other, they leave digital hugs and encouragement. I cried as I read through the comments. I found the experience cathartic.

It’s a refuge for a traumatized people. Many people, I believe, feel the same way.

Dr. Li had been an avid user of Weibo, China’s rough equivalent of Twitter, since 2011. He posted his last message on Feb. 1. “Today the nucleic acid test result is positive,” he wrote of the test that confirmed he had been infected by the coronavirus. “The dust has settled, and the diagnosis is finally confirmed.” He died five days later.

Under that post, Weibo users have left more than 870,000 comments. Some people post a few times a day, telling him how their mornings, afternoons and evenings went. Only posts by China’s biggest actors and pop stars can match those numbers, but even those lack the visceral response that Dr. Li’s last post has drawn.

Users feel comfortable talking to Dr. Li. They know he will never scold them or judge them for what they say. They know, after reading his more than 2,000 posts, that he was a gentle and kind soul. He was an ordinary person just like them who enjoyed food and fun and sometimes got tired of working such a demanding job. He would understand.

@至暗灯塔: My life is a mess. I’ll probably get divorced soon.

@他-是-梦: Too much stress. But what is better than being alive, right?

@毛不易未公开女友: It’s raining now. I like the rainy days the best because I can cry in the rain and no one would notice. This is the first time I’ve shared this secret with anyone, and probably the last time.

I read thousands of messages people left just on March 26, the 49th day — the seventh day of the seventh week — since Dr. Li’s death. Many Chinese believe that is the day that a person’s soul will finally leave the body and be reincarnated as a newborn.

March 26 is also when Wuhan began to allow its residents to take back the ashes of their loved ones. People queued in long lines at funeral homes. The photos triggered social media discussions of the real scope of the outbreak and the credibility of government’s official toll of Wuhan’s dead. Many of the photos were subsequently censored.

@在我最美的流年里遇见你: Dr. Li, some comments said that you have probably been reborn as a baby by now. If you’re reincarnated, I hope you’ll be a good-looking baby.

@揭帝波若: Has it been 49 days? I feel that you’re looking upon this world gently and wishing us the best. Please take good care of yourself. You’re not allowed to be so sick again.

@自观的猫咪: Dr, Li, did your family go to pick up your ashes? Miss you, and thanks again.

@去年夏天: Dr. Li, why were the Weibo posts about taking back loved ones’ ashes deleted? Have we learned nothing from this outbreak? What would you say?

@悲伤与理性: It seems that another doctor in your hospital died today. How can the people in power sit so securely?

Because many people see him as an ordinary person wronged by the authorities and as a hero who stood up to power, they come to him to express their frustration that justice and righteousness haven’t prevailed.

They are angry that only two police officers have been punished for reprimanding him. Many believe the police were acting on orders from higher up.

They also share their relief that China’s lockdowns appear to be nearing an end, their distrust of the official news and their lingering fear of the pandemic.

@大猪佩奇: I can’t keep my tears from falling every time I think of all the suffering and trauma Wuhan people have endured.

@护士黄菊: The day will come when the people can rewrite the investigation report of your case.

@-方艺鸣-: I heard this is the only place on the Chinese internet where you can say anything. So here I am.

@鹿鸣小馆李子: The media is full of good news. Brother Wenliang, do you believe the media?

@鱼阿东: Dr. Li, can you tell me the real situation of the outbreak now?

@慕灵诺: The outbreak is very serious abroad. I hope they can get over it safely.

@落卡落卡落: In some places the subsidies for front-line medical workers were distributed then taken back. I’m very disappointed. I am a first-year medical student. I kind of want to give up.

@凤凰涅槃–绽放的生命: Hope the people behind this will receive due punishment! Hope we can speak the truth here! Hope your family will be taken care of!

Some people complain that the comments are censored, an allegation that is difficult to prove. They worry that his Weibo account could be deleted, just like many others. Then, they will lose the only place they can take a break from a world that has been turned upside down.

They watch warily and helplessly as the pandemic spreads to many parts of the world and the two super powers, China and the United States, engage in reckless and meaningless diplomatic squabbles. Like people everywhere, they don’t know how this is going to end.

But most people just want to tell him that they miss him and wish him the best in the next world.

@多吃馒头身体好: I talked about you in my writing class. Hope the children will remember that you sacrificed your life for them.

@CASA的小主人咩: More than 10,000 people came to see you here today. You live in our hearts. You will not be forgotten!

@栖木mumu: Dr. Li, I’ll watch a bit of TV before going to bed. Please go to bed early too. Love you.