Don’t the Markets Know We’re Living in a Disaster Movie? 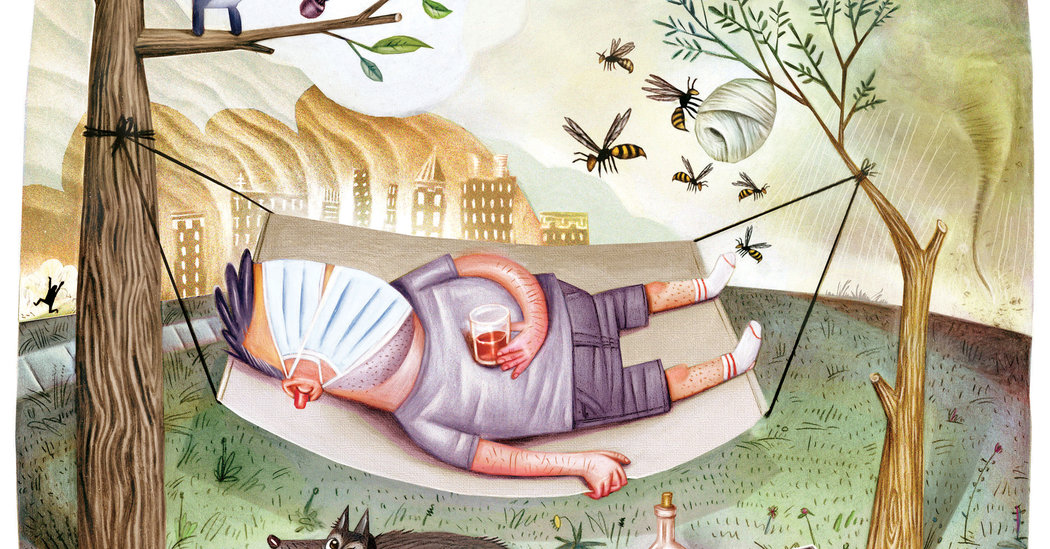 And yet, while stocks have gyrated like the drunk guy at the party who insists he really does know how to dance to K-pop, that deep dive became a monster rally that has brought the markets back within shouting range of where they were before the coronavirus outbreak blew up. And that’s with the murder hornets.

Why is this happening, when so much of the news is still terrible enough to justify an Edvard Munch scream? Some certifiably smart people have said it has to do with the Federal Reserve pumping money into the financial system. That might even be true.

Based on what people in the White House say publicly, what’s been happening in the world isn’t weird at all. In June, the director of the National Economic Council, Larry Kudlow, said the United States would soon be seeing a “V-shaped recovery,” which means it would be roaring back from the plunge. Another White House economic adviser, Kevin Hassett, had a similar thought, telling Maria Bartiromo of Fox Business that “the recovery has begun.”

As it happens, Mr. Hassett is famous for his predictions; he was one of the authors of a book predicting that the Dow Jones industrial average would shoot up to 36,000. That book, unfortunately, came out in 1999, which was about the time the dot-com bubble burst. And Dow 36,000 still hasn’t happened yet. But it might! That’s the beauty of punditry!

I had hoped to talk with Mr. Hassett about his work. But a few days after I requested an interview, he announced that he would be leaving the White House, and a spokeswoman told me he wouldn’t be talking to me.

Fine. Lots of people have gone to great lengths not to talk with me. (High school was rough.) But I couldn’t help but feel a little ghosted. So I’m making sense of the world on my own, and have to wonder: What will it take to shake investors up? Godzilla? The asteroid? The asteroid, but made out of murder hornets?

No, wait! I didn’t mean it! Fates, if you’re listening, NO ASTEROID, OK?

At this point, couldn’t we all use a break?