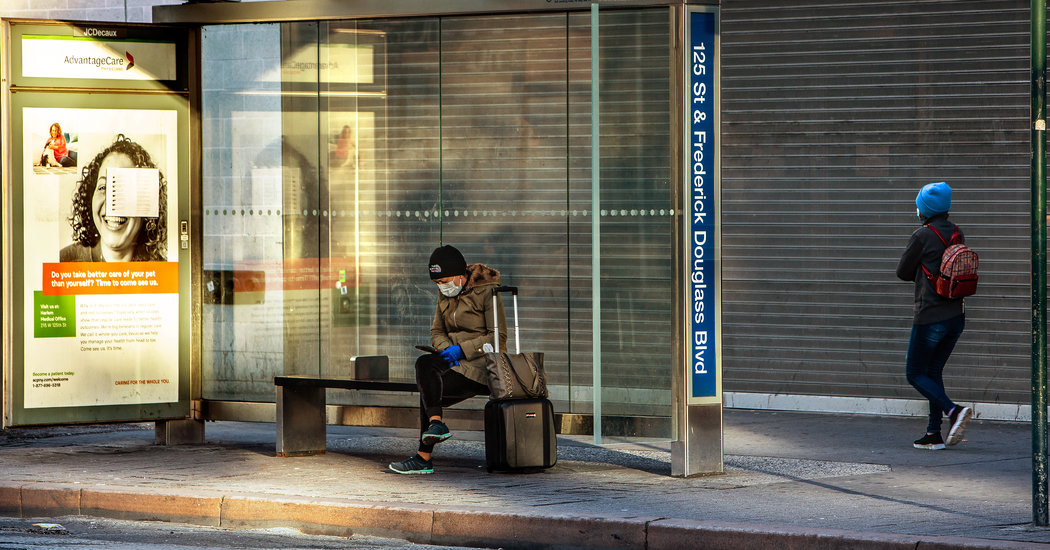 WASHINGTON — Walter Isenberg is the sort of business owner President Trump has in mind when he talks about the need to start lifting coronavirus lockdowns and reopen the American economy. Mr. Isenberg’s hotel and restaurant group in Denver has seen its revenues drop from $3 million a day last year to $40,000 a day now.

But Mr. Isenberg has no expectation that his company, Sage Hospitality Group, will see the quick economic “boom” that Mr. Trump has predicted, even after state officials allow his properties to begin hosting customers again.

“It’s just going to be a very long and slow recovery until such time as there is a therapeutic solution or a vaccine,” Mr. Isenberg, who has furloughed more than 5,000 of his 6,000 employees, said in an interview. “I’m not a scientist, but I just don’t see the psyche of people — I don’t see people coming out of this and rushing out to start traveling and having big conventions.”

The president is in a rush to lift quarantines and stay-at-home restrictions that have brought an 11-year economic expansion to an abrupt end and knocked millions of people out of work. Mr. Trump has predicted that once the economy restarts, it will rocket itself out of a deep recession and lead to an economic boom “perhaps like never before.”

Companies affected by the shutdowns say restarting the economy will not be that easy. So do a wide variety of economic and survey data, which suggest that the economy will recover slowly even after the government begins to ease limits on public gatherings and allow certain shuttered restaurants and shops to reopen.

The evidence suggests it is not just stay-at-home orders and other government restrictions that have chilled economic activity in the United States over the past month: It is also a behavioral response from workers and consumers scared of contracting the virus.

Data shows that unemployment claims rose and restaurant reservations vanished even before the lockdown orders hit, as nervous consumers retreated into their homes. And they show consumers are unlikely to return to airports, restaurants and sporting venues en masse any time soon.

Until Americans feel confident that their risks of contracting the coronavirus have fallen — either through widespread testing or a vaccine — many economists and business owners say there will be no rapid economic rebound.

“You can’t just turn the light switch on and have everyone go back to work, as much as businesses would love to do that,” Suzanne Clark, the president of the U.S. Chamber of Commerce, said in an interview. “It’s going to be the opposite of a green light. It’s going to go from red to yellow and then green.”

“It would be good to get a yellow light from the president to reopen,” Ms. Clark said. “But then on the ground it’s going to matter, how safe do people feel?”

The president’s desire to reopen the economy can be seen in the data: The crisis has already pushed more than 16 million people out of work in the past three weeks. Forecasters agree that a recession has already begun, with the only disagreement centered on how deep and painful it will ultimately be.

A National Bureau of Economic Research working paper released on Monday by economists from Northwestern, Stanford, the University of Chicago and Boston University predicts that the economy will shrink by 11 percent at year’s end from the same time the year before. That would be its sharpest contraction since 1946.

At a White House briefing on Monday, Mr. Trump said the administration was “very close to completing a plan to open our country hopefully even ahead of schedule,” saying it would “soon finalize new and very important guidelines to give governors the information they need to start safely opening their states.”

Mr. Trump added that “we want to be very, very safe” in terms of lifting restrictions, but said that Americans were eager to get back to work.

“I think we’re going to boom” once the economy reopens, he said.

Still, many economists warn that rushing back toward normal life too quickly, without the safeguards needed to prevent a second wave of the outbreak, could simply worsen the economic damage that Mr. Trump is trying to fix. Re-infection rates climbed in China, Singapore and Hong Kong after leaders eased strict economic restrictions that had initially slowed the virus’s spread.

Uncertainty about the virus has slowed economic activity even in places without state or local restrictions on activity.

“States that haven’t yet closed businesses or put their populations on some sort of lockdown aren’t escaping enormous spikes in unemployment,” said Ernie Tedeschi, a managing director at Evercore ISI and a former Treasury Department economist. “The pain is not just deep, it’s wide. This punctuates that the fundamental problem with the economy right now is the pandemic.”

Mr. Tedeschi’s research underscores the degree to which Americans have suffered economic harm from the virus, no matter what form of restrictions their leaders have placed on business activity and travel.

Stay-at-home orders have not been evenly applied across America: Some states imposed them early, some imposed them later and some still have not imposed them at all. Yet all states have seen unemployment claims rise in recent weeks.

Adam Ozimek, the chief economist at Upwork, found a similar pattern in restaurant reservation data from the online service OpenTable: declining activity even when restrictions were not in place. He plotted the drop in reservations made using the service across American cities and found the falloff began, typically, several days before local officials first imposed restrictions on dining out in their cities.

“How safe people perceive it to be,” Mr. Ozimek said, “matters independently from the shutdowns.”

Mr. Trump is set to establish a task force to examine when to begin lifting the restrictions that state and local officials have imposed on public gatherings and so-called nonessential businesses across the country.

A nationwide online survey by the data firm Civis Analytics over the past two weeks found more than eight in 10 Americans support restrictions on restaurant and gym openings, and nearly as many back “shelter in place” orders.

A survey last week by Seton Hall University found that seven in 10 Americans would not feel comfortable attending a sporting event until a vaccine for the virus was developed. New polling by the Sports and Leisure Research Group, Engagious and ROKK Solutions finds that only about a third of Americans would take a commercial flight, see a movie in a theater or visit a theme park now if they were allowed to do so. In follow-up interviews, respondents stressed two steps that would help them feel comfortable resuming those and other economic activities: reassurances from medical professionals and the development of a vaccine.

The drop in Americans’ plans to spend on travel and leisure activities in the next year drastically exceeds what similar polling found after the 2008 financial crisis and the Sept. 11, 2001, attacks, said Jon Last, the president of the Sports and Leisure Research Group. “We are seeing people really hesitant to get back to normal,” he said.

“I’m scared to death, frankly, what our sales volume might be when we reopen,” Cameron Mitchell, an Ohio-based restaurateur, said in an interview last week.

The U.S. Chamber of Commerce president, Ms. Clark, told members of the business advocacy group in a letter on Monday that “returning to work will be gradual” and phased in, and depend on a variety of developments across the country including additional access to testing of employees and the resolution of a wide range of legal liability issues in areas like employee health privacy.

Mr. Isenberg, who began his career as a dishwasher, says he is eager to get his employees back to work. But he sees economic hardships for his industry continuing through the end of the year, at least.

Mr. Isenberg said there was a hope he holds onto.

“I have a saying,” he said, “when we woke up this morning, we were one day closer to a vaccine.”