How Berkshire Hathaway May Have Been Snookered in Germany 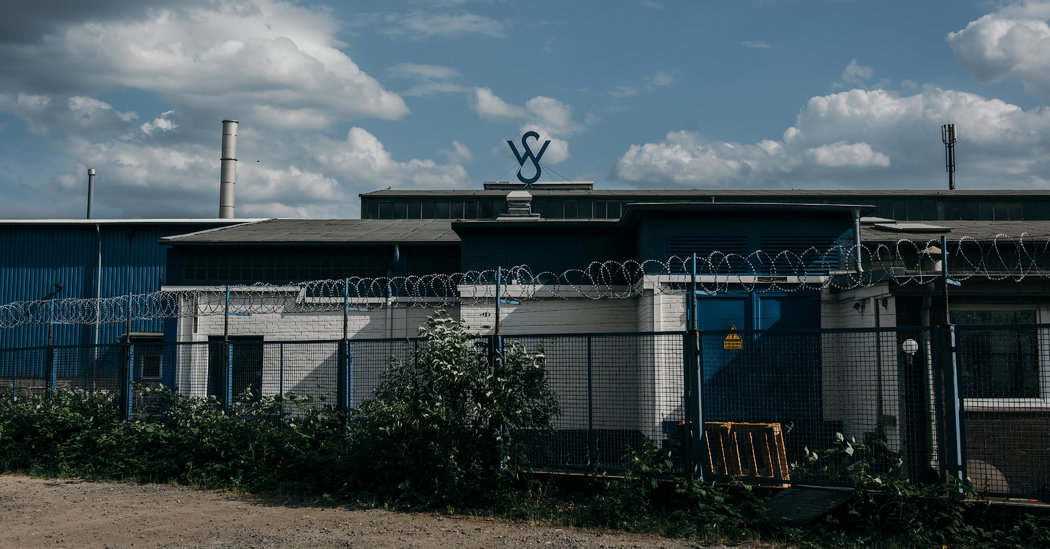 FRANKFURT — Only a few weeks after Berkshire Hathaway bought what looked like an upstanding example of German engineering prowess, a manager in Warren Buffett’s widely admired corporate empire received an unsettling email.

“I have to get rid of something I witnessed in the last few months,” the anonymous author wrote in slightly awkward English. “There is a falsification of data going on.”

The whistle-blower’s tip eventually led to the exposure of an elaborate conspiracy involving fake sales invoices, phantom customers and hacked computer systems, according to testimony in a legal dispute. The case showed that even Mr. Buffett, one of the shrewdest investors in the world, can be hoodwinked.

What looked like a profitable German manufacturer of specialized pipes for the oil and gas industry was, in fact, nearly bankrupt, according to testimony.

As a result, according to the findings of an American arbitration panel, Precision Castparts, a Berkshire Hathaway subsidiary, paid 800 million euros, or $870 million, for a company that was worth only about one-fifth that price.

The acquisition of the company, Wilhelm Schulz, was an expensive misstep for Mr. Buffett’s holding company, which has also been hit hard by the pandemic. Early in May, Berkshire Hathaway reported a loss of almost $50 billion in the first quarter as lockdowns and the economic downturn took a toll on the company’s portfolio of airlines and financial firms.

The case also dents the mythos of the Mittelstand — the midsize manufacturing companies that underpin the German economy. German prosecutors have opened a criminal investigation focusing on eight suspects at Wilhelm Schulz, all of them former high-ranking executives, finance officials or information technology specialists. None have been charged.

The investigation was reported earlier by the Handelsblatt newspaper.

The circumstances that allowed Mr. Buffett’s organization to be tripped up by a little-known German manufacturer were detailed by the arbitration panel that considered a complaint filed by Precision Castparts, which is based in Portland, Ore. The tribunal found that Wilhelm Schulz executives and employees had “engaged in a pervasive scheme” to conceal the company’s dire financial condition so that Precision Castparts would go ahead with the acquisition.

“This is not a close case,” the tribunal found. “The evidence strongly points to fraud, and there is little in the record to suggest otherwise.”

Lawyers representing interests of the sellers, three German holding companies owned primarily by members of the Schulz family, deny wrongdoing and have asked the U.S. District Court for the Southern District of New York to dismiss the arbitrators’ decision.

On the surface, Wilhelm Schulz seemed like the kind of solid industrial company that has made Germany an export powerhouse. Based in Krefeld, north of Düsseldorf in Germany’s industrial heartland, Schulz appeared to have a strong position in its market niche: specialized pipes for the oil and gas industry.

The chief executive, Wolfgang Schulz, was the son of Wilhelm Schulz, who put his name on the company when he founded it only months after the end of World War II. Wolfgang Schulz was well known locally as the owner of a pro ice hockey team, the Krefeld Penguins. Mr. Schulz has denied wrongdoing and vowed to clear his name.

Precision Castparts began thinking about acquiring Wilhelm Schulz after being approached by an intermediary in 2016.

Berkshire Hathaway had acquired Precision Castparts only a few months earlier for $37 billion, Mr. Buffett’s biggest acquisition ever. Though best known for its aircraft parts, Precision Castparts also makes products for oil and gas production, an industry that was suffering even before the pandemic caused fuel prices to plummet.

Wilhelm Schulz seemed like a way for Precision Castparts to increase its presence overseas, and a rare opportunity to buy a German company. Many midsize German manufacturers are owned by families that are loath to sell.

But unbeknown to Precision Castparts, Schulz had narrowly avoided bankruptcy only weeks before. The company had been unable to make payments on a €325 million credit line from Commerzbank, according to the arbitrators’ report. A lawyer hired by Schulz had advised the company that it was obligated under German law to file for insolvency.

Schulz avoided that fate only because it persuaded Commerzbank to front it €8 million more, saying it was waiting for payment from a big customer. The bridge loan came with a proviso. If Schulz couldn’t pay, Commerzbank would effectively take control of the company.

Schulz was also raising cash by borrowing against accounts receivable — money that customers owe but have not yet paid — a common practice known as factoring. But some of the documentation that Schulz presented to the lender (and later reviewed by Precision Castparts before the purchase) was fabricated by using Photoshop software to create fake invoices and delivery receipts, the arbitrators found.

How could Precision Castparts’ auditors miss these glaring problems? One incident described in the arbitrators’ report illustrates how Schulz employees made the company look healthier than it was.

In October 2016, as Precision Castparts was going through Schulz’s financial records, a Schulz information technology employee engineered a five-day outage of the computer system used to track sales and orders. A team at Schulz exploited the downtime to fabricate nearly 50 orders, worth tens of millions of euros, that were backdated to make it look as if they had been placed in 2014 and 2015, according to the arbitrators’ report.

Orders were recorded from companies with which Schulz no longer did business, according to testimony. One supposed customer had effectively ceased to exist years earlier.

The deal closed in February 2017, and the news was reported in Bloomberg News and The Wall Street Journal. Handelsblatt trumpeted, “Warren Buffett Strikes Again in Germany.”

The informant, later identified in the arbitrators’ report as someone who worked in information technology at Schulz, wrote that a small team of co-workers was entering fake customer orders into the company’s computer system to “make our company look much better than we really are.”

“I regard this as a criminal act and don’t want to work for a company which uses such methods any longer,” the email said.

Alarmed, Precision Castparts flew in consultants who specialize in accounting fraud, along with its own financial controllers.

After months of digging, one investigator discovered the backdated computer invoices. Another learned from Schulz employees not involved in the fraud that companies that were supposed to be among the firm’s biggest customers were not customers at all. Auditors found emails in which Schulz employees appeared to be discussing how to artificially pump up sales.

In 2018, in an attempt to get some of its money back, Precision Castparts invoked a provision of the sales contract that required disputes to be settled by arbitrators.

In April, a tribunal in New York found that Wolfgang Schulz and his employees had “engaged in a pervasive effort to present a fundamentally misleading picture of the financial condition” of the company. An expert who testified concluded that fake transactions inflated Wilhelm Schulz’s profits by €160 million.

His lawyers argue that Wilhelm Schulz was worth the €800 million that Precision Castparts paid for it. Any loss of value was caused by poor management since the acquisition took place, including a decision to fire all the top executives after irregularities were discovered, they say.

Precision Castparts “continues to aggressively use the Schulz brand in the market, even as it demands return of the purchase price,” Schulz Holding said in a statement.

Precision Castparts has prevailed in the legal battle so far. The arbitration tribunal awarded it €643 million in damages — the purchase price minus Wilhelm Schulz’s estimated true value of €157 million.

It’s doubtful whether Precision Castparts will be able to collect the money. The three holding companies that sold their shares in Wilhelm Schulz have declared insolvency. Wolfgang Schulz sold almost all of his stake in the Krefeld Penguins in April for an undisclosed price. Jan-Philipp Hoos, a Düsseldorf lawyer who is serving as bankruptcy administrator of the holding companies, declined to comment.

The financial hit comes at an especially bad time for Precision Castparts. Its main customers, aircraft makers like Boeing as well as oil and gas producers, have been hit hard by the economic effects of the pandemic.

But Wilhelm Schulz does not seem to have shaken Mr. Buffett’s faith in Germany, a country whose engineering he has often praised.

“We view this as a unique situation involving individual circumstances,” David Dugan, a spokesman for Precision Castparts, said in an email. The experience with Wilhelm Schulz, he said, “does not impact our view of German industry.”