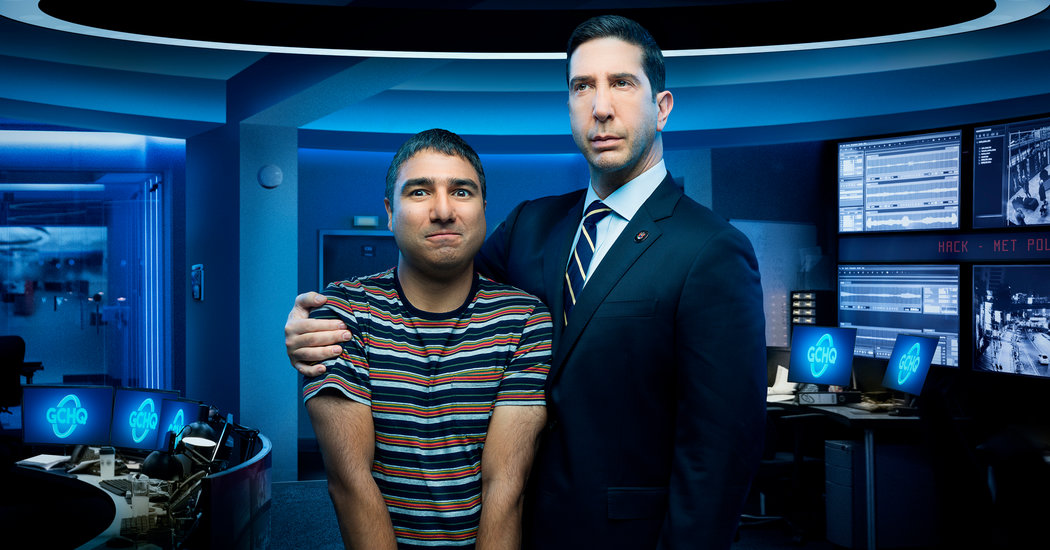 The free version comes with commercials and plenty of vintage hits like “The King of Queens” and “Everybody Loves Raymond.” And it offers something viewers might have missed while they were logged onto other streamers: the ability to channel-surf.

The service said it has brought back the analog-era pastime by grouping its programming into distinct feeds, with one dedicated to NBC’s late night hosts and another for the network’s morning franchise, “Today,” among others.

Peacock, which becomes widely available Wednesday, is also trying to distinguish itself from Netflix, Disney+, HBO Max and other competitors by betting that viewers want a free or low-cost streaming option during the coronavirus pandemic.

“People are looking for more affordable options,” said Matt Strauss, chairman of Peacock and NBCUniversal Digital Enterprises. “That was true before the pandemic and now that we are in the middle of it, arguably heading toward a recession, affordability is even more relevant than when we first laid out our strategy seven months ago.”

In April, Comcast offered a sneak peak of the streaming service to its 15 million subscribers who use either its cable offering XFinityX1 or the cord-cutting model Flex. Executives said people stuck at home because of virus restrictions were feasting on old shows — “comfort food TV,” as Mr. Strauss put it.

Mr. Strauss, who was the executive vice president of Comcast’s Xfinity Services before taking the helm of Peacock in October, said the three-month testing period had proved that streaming viewers were just as happy to flip through options before settling on a show, just as they did in the traditional TV era.

That finding prompted the company to build 20 channels within Peacock. In addition to the late-night and “Today” feeds, it will have one dedicated to “Saturday Night Live” and others for news and sports. The company said it will expand the offering to 40 channels within the platform in the coming months, on its way to 70 by year’s end.

“There has been a false narrative that, because ratings have been declining, people don’t watch linear TV anymore,” Mr. Strauss said. “That was never true. We have found with our cord-cutters that the channels are getting 10 times the usage they were getting with a pay TV subscriber.”

Peacock is vital to Comcast, NBCUniversal’s parent company, a late arrival to streaming. The company has designed the service so that it generates the bulk of its revenue from advertising, rather than subscriptions.

The ad-supported versions offers more than 10,000 hours of content, with no more than five minutes of commercials for each hour of programming. The platform also comes in two other versions: Peacock Premium, with ads and more 20,000 hours of content, at $5 a month (or free for Comcast and Cox cable subscribers); and a second iteration of Peacock Premium, with no commercials, at $10 a month. The basic Netflix plan costs $9 a month. Hulu offers a low-cost option, with ads, for $6 a month.

NBCUniversal’s competitors have moved in on the market for free, ad-supported streaming services. ViacomCBS bought Pluto last year, and Rupert Murdoch’s Fox Corp. announced in March that it had made a deal for another free streamer, Tubi.

Despite its back-to-the-future feel, Peacock will offer original programming, with nine series to be unveiled Wednesday, including “Brave New World,” an adaptation of Aldous Huxley’s 1932 science fiction classic starring Alden Ehrenreich and Demi Moore, and “Intelligence,” a comedy with the “Friends” alumnus David Schwimmer.

Greg Portell, the head of global consumer industries and retail and management consulting firm Kearney, said audiences are still hungry for streaming content. “Many of us have been locked up for four months now,” he said. “We’ve gone through Disney+, Hulu and we are looking for something new.”

The rollout of Peacock was originally planned to coincide with one of NBCUniversal’s biggest, most expensive and highest-rated productions: the Olympics. Now, instead of the frequent television ads that would have promoted the service between competitions at the postponed Tokyo Summer Games, NBCUniversal, the exclusive broadcaster of the Olympics in the United States, will have to get the word out in a less splashy manner.

The lack of hype may mean that Peacock could catch potential customers by surprise. According to a Variety/YouGov survey, as of mid-June, awareness of the platform has hovering in the 27 percent range, just above Quibi’s 24.8 percent rating and well below Netflix’s 92.8 percent.

Despite the changed circumstances of the debut, Mr. Strauss said he had not changed Peacock’s original goal of attracting 30 million to 35 million users and $2.5 billion in revenue by 2024.

Mr. Strauss added that he expected awareness of Peacock to be at a high level in January, when the platform becomes the exclusive streaming home of “The Office.” The NBC sitcom has had a lucrative afterlife, not only as a syndicated series, but as a Netflix staple, since its first run ended in 2013.